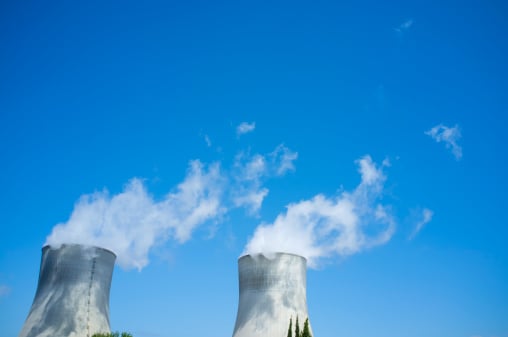 The UAE’s nuclear power programme has been prepared with “extreme care” and will most likely be delivered on time and on budget, according to a member of the project’s International Advisory Board.

Lady Barbara Judge, former chairman of the UK’s Atomic Energy Authority, said that the UAE has brought in international expertise from around the world to ensure the highest standards.

“I think that the nuclear project in Abu Dhabi is the gold standard,” she told Gulf Business. “It has been prepared with extreme care and has had people with really serious expertise working on it from the beginning.”

The UAE began construction of its first nuclear reactor, Barakah 1, in July 2012, and it is in the process of building three more plants. A South Korean consortium led by Korea Electric Power Corp is building the plants.

Emirates Nuclear Energy Corporation, the body responsible for the project, announced in February that the first two plants are on schedule and are up to 35 per cent complete.

“The UAE has a ruler who is very stable and who is very interested in the diversification of energy supply, it doesn’t have the political problems that you have in other countries, it understands the planning process about where to put the power plant, it has got good sites, it has an independent regulator and the country is building schools to develop skills and training among locals,” said Lady Judge.

“Also there is a real desire to bring women into operation and include them at a higher level.

“Many resources have been used to make this plan gold standard and so much national pride is invested in it. So it will likely be on time, on budget and one of the best new nuclear power plants to be built in the century,” she added.

The UAE began its nuclear power generation programme in response to growing electricity demand, expected to rise nine per cent annually to 2020.

The country hopes to generate up to 25 per cent of its electricity needs – up to 5.6GW – through nuclear means by 2020 and hopes the plants can help reduce 12 million tons of carbon emissions per year.

Experts have questioned the economic viability of producing nuclear energy, considering the high initial costs on one hand and the UAE’s energy subsidies on the other.

However, Lady Judge dismissed the concerns, saying that the long life of a nuclear plant – estimated at 60 years – ensured that most operators made handsome profits in the long run.

“History shows that people who run nuclear power plants make a lot of money, because once the upfront cost gets finally paid for, maybe in 10 or 20 years, you still have 40 years of profit.

“The price of producing energy is very reasonable and very stable since uranium, the main ingredient, is not very expensive and there’s masses of it.

“And at some point not so long in the future, the subsidies [in the UAE] will fall away and the cost of nuclear energy will be moderate; it’s not as expensive as oil and gas,” she added.