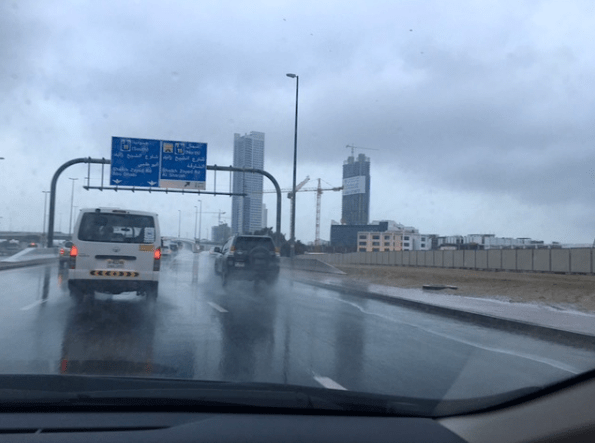 Parts of the UAE will again witness rainfall on Thursday, associated with thunder at times – especially over the northern and eastern areas. 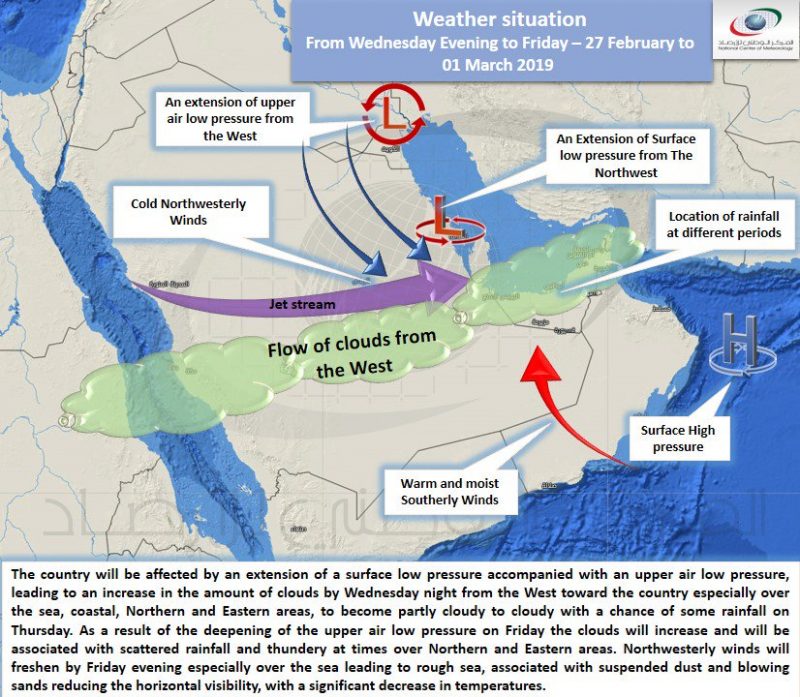 The weather will remain cloudy in general with an increase in temperatures in some areas, the National Centre for Meteorology (NCM) forecast.

“A surface trough of low pressure extends over the country, accompanied with an upper ridge of high pressure which gradually moves eastwards,” the NCM explained.

Strong southeasterly to northwesterly winds will also cause “blowing dust and sand” with a decrease in visibility, the NCM said.

Wind speeds predicted to reach up to 55km/h in the coastal regions.

Sea will be rough in the Arabian Gulf and in Oman Sea, the bulletin added.

Similar weather conditions are forecast for the weekend, with winds speeds predicted to be even stronger, reaching up to 60km/hr on Friday and Saturday. Seas will be very rough during both the days.

The NCM also forecast a drop in temperatures on Saturday.