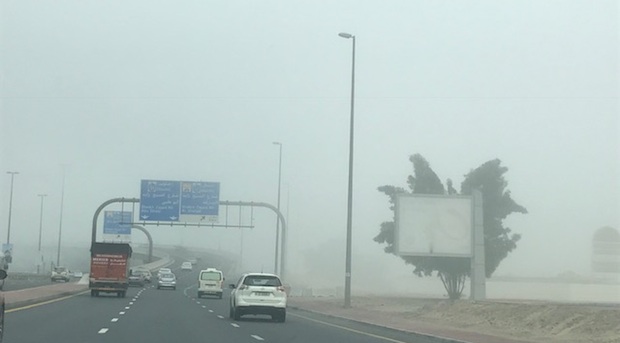 Fog was reported over select areas of the country during early morning hours, while light to moderate winds are expected by end of day, the National Centre of Meteorology (NCM) has confirmed.

Overcast conditions with fresh breeze and potential rainfall is expected today and across the entire week. Meanwhile, a significant temperature dip is anticipated on Monday, December 7.

The UAE recorded its lowest temperature of 12.5°C in Raknah at 7am today morning.

Temperatures hovered between 17-30°C in the coastal areas, 15-32°C across the internal areas and between 10-27°C in the mountains.