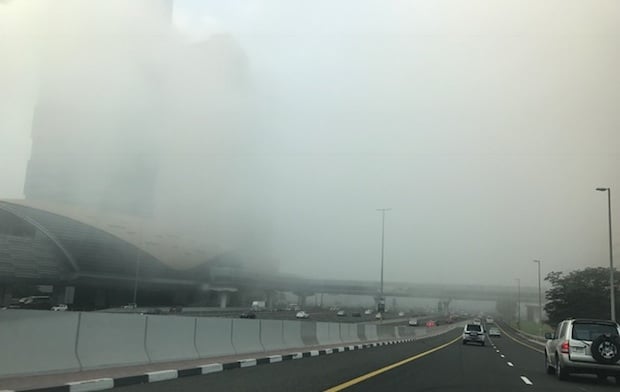 Fog is expected to blanket most parts of the country, rendering low visibility, UAE’s National Centre of Meteorology (NCM) tweeted.

Patches of fog were reported over Sweihan in Abu Dhabi, Al Ain and Al Maktoum airport, as well as over Madinat Zayed (Al Dhafra area) in the early hours of Sunday morning, NCM confirmed.

“Fair to partly cloudy with another rise in temperatures. Humid during night and Monday morning over some coastal areas. Light to moderate winds,” NCM said in a statement.

The UAE recorded its lowest temperature of 9.2°C in Al Ruwais at 5am for the day.