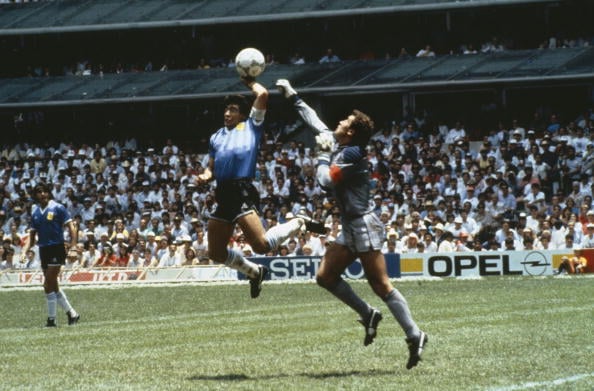 Like billions of other football fans I have been looking forward to my usually soccer free summer months being occupied by the 2014 FIFA World Cup.

The tournament is a creator of heroes and villains, with moments of glory and disappointment in equal measure making for great viewing.

Unusually though this year, my first disappointment has not come from the England national team being knocked out early, but instead before a ball has even been kicked, from what appears to be the outright greed of TV providers in the UAE.

As daily The National reports, and friends and colleagues have been telling me for weeks, local providers du and Etisalat are charging fans at least Dhs440 extra on top of their annual subscription to access all 64 matches of the tournament.

It seems the biggest football tricks of this year’s tournament will not come from the ball skills of Ronaldo or Messi but providers in the UAE out to make a quick buck.

Worse still these companies appear unaware or unashamed of their unreasonable pricing, sending out press releases claiming their World Cup packages have been “conveniently tailored”, and allow users access to the matches in “the comfort of their own home” as though offering a never before seen luxury.

Compounding the issue of inflated additional fees is the fact that many of the World Cup matches will kick off in the dead of night, meaning the majority of those who pay for the packages will not even be able to watch most games live.

The first match of the tournament between Brazil and Croatia kicks off at 12am on Friday UAE time, while the first England game vs Italy starts at 2am next Sunday.

Indeed, the only matches likely to achieve any significant live audience in the UAE are those with an 8pm or 11pm kick off.

Providers argue that those who pay the fee will be able to record the games and rewind television, but, as any football fan will tell you, watching a recording or highlights is never the same experience as seeing a game live.

World Cup broadcasts have the power to bring friends, families and nations together, but I fear these additional fees are going to force people to either illegally stream games or just not bother watching altogether.

Both are an own goal for the UAE’s TV providers, which should be looking to invoke interest in the tournament, given that it is (meant to be) heading to the region in the not so distant future.