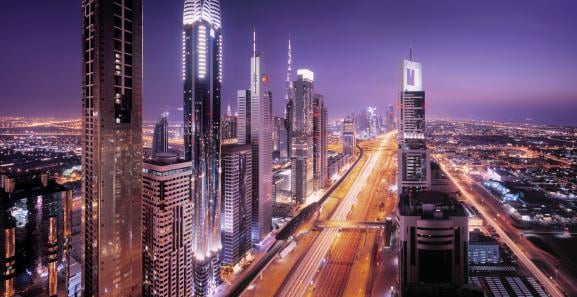 The UAE is one of the top destinations for European expatriates looking for new opportunities and an improved quality of life, according to a study from Lloyds TSB International.

With average unemployment across the Eurozone countries at record levels, expatriates are increasingly looking to build a new life abroad.

The Lloyds TSB International report showed that two thirds of expats reported they are happier in their new countries than in the UK.

Wealth management company, DeVere Group, recently supported this stating that in Q3 2012 there was a 36 per cent rise in the number of under-forties enquiring about moving overseas, suggesting the working population are looking for new opportunities.

According to TRI Hospitality Consulting, Dubai’s hotels gross operating profit per available room (GOPPAR) has increased 14.1 per cent to $160.07 for the first nine months of 2012 as more people see Dubai as an attractive destination.

DAMAC Properties executives confirmed they are seeing a strong rise in the number of people enquiring about the luxury serviced hotel apartments which are currently under construction and set for completion next year.

“As the global financial crisis continues to hang over the Eurozone, we have seen a significant increase in clients from Europe looking to improve their standard of living and benefit from the tax-free incomes on offer in Dubai,” said Niall McLoughlin, senior vice president, DAMAC Properties.

“The crisis and the high levels of unemployment has been the catalyst for many people to say ‘enough is enough’ and make the move improve their family’s way of life.”

The strengthening of the Dubai property market, and recent announcements of heavy investment by the UAE government to kick-start the expansion of Dubai, has reinvigorated the jobs market, attracting more people to consider moving to the Emirate.