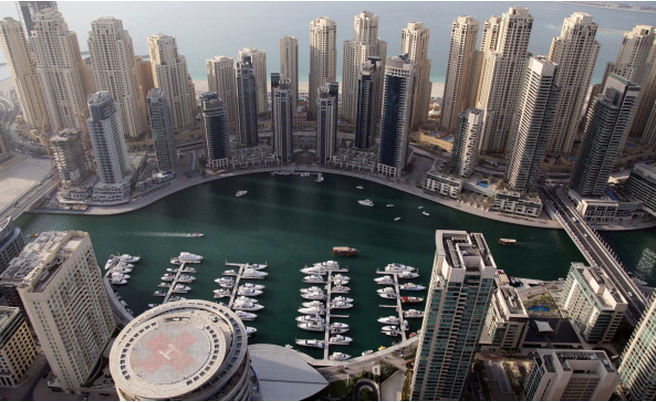 The report found that the market will be hit by the steep decline in oil prices, which will lead to a ‘maturation’ of the way developers approach building over the course of 2016.

1) Tightened liquidity: Continued low oil prices means national revenues are constricted and the government has less scope to inject liquidity into the financial system, resulting in a general tightening of liquidity. Banks are becoming more and more cautious with real estate lending, JLL said. Meanwhile global bond markets are nervous and developers will have to look for alternative funding mechanisms such as joint ventures, refinancing, public private partnerships and co-investment vehicles.

2) Increase in ‘Build-to-Suit’ and ‘Sale &Leaseback’: These are two potential solutions as conventional capital-raising becomes increasingly difficult. Build-to-suit involves developers building schemes according to the specifications provided by corporate tenants, which then commit to either lease or purchase the premises upon completion. Sale and leaseback is when existing occupiers sell real estate space to free up capital for reinvestment in their core business. Both concepts are prevalent in more developed markets and signal evidence of growing maturity in the UAE real estate market, according to JLL’s head of research Craig Plumb.

3) Reduced outflow of capital: Middle East investment in global real estate is likely to decline from $11bn in 2015 to $10bn or less, as investors tighten the purse strings in a low oil price environment, according to JLL’s forecast. Also, the sovereign wealth funds that have traditionally dominated the overseas real estate investment market are likely to retreat, with most of the buying done by family and private businesses. There is likely to be more selling activity among Middle East real estate investors instead.

4) Project delays reduce risk of oversupply: A by-product of the slowing market conditions in 2016 is likely to be a continuation of the trend of project delays. This will represent something of a ‘blessing in disguise’ and will help stabilise the market and avoid excessive oversupply. Project delays will be attributed to a number of reasons, including financing issues, contractual disputes, construction delays and licensing/approval delays, while some developers will deliberately hold back completions to avoid flooding the market.

5) Buildings that work: There will be a new focus on ‘functional rather than fancy’ buildings. While overall demand for office space is expected to be lower than in 2015, occupiers will increasingly seek buildings that offer efficient floor plates, high quality lifts and other services, sufficient parking and access to public transport, rather than buildings that look striking, but are inefficient inside.

6) Adding value to existing buildings: Retrofitting existing buildings is likely to become more just as, if not more, important than developing new buildings, as occupiers examine fit-outs in a challenging economic environment where construction costs are expected to remain roughly the same.

7) Changing hotel landscape: The UAE hotel and hospitality landscape is expected to evolve and change significantly in 2016 as overall demand softens. The market will be affected by disruptions relating to technology , growing demand from new, and younger, customer profiles, broader hospitality offerings, including the growth of all-purpose resorts, and a general move from Dubai’s core luxury offering into a more broad based hospitality offering. Overall room rates are projected to fall and performance will soften. And while Dubai will remain ‘one of the best performing markets globally’, hotel owners will have to revise their strategies to thrive in a more competitive market, according to Plumb.

8) Emphasis on building safety: 2016 will witness greater attention towards building safety from various stakeholders, including developers, landlords, occupiers, consultants and government agencies. Due to increased overall awareness, there will more demand for well-maintained buildings with better fire safety and other systems. The market will also witness new regulations where building owners will have to adhere to stricter fire safety guidelines and there will be a greater need for more effective enforcement of the existing regulations. This is likely to remain a hot issue as stakeholders seek to reduce the reputational risk to their brand from accidents and incidents relating to building safety, said the report.

JLL MENA chief executive Alan Robertson said: “2016 is expected to see more challenging conditions in the UAE real estate market as we begin to feel the impact of the continuing fall in oil prices and ongoing geopolitical tensions leading to reduced liquidity and pressure on government budgets.

“However, the UAE real estate market is now better equipped to deal with such challenges than it has ever been. With subsidy cuts, reduced spending and the potential introduction of a [Gulf-wide value added tax], the government is already realigning its strategy to further reduce its reliance on oil revenues.

“Meanwhile, the overall economy is still expected to grow at around 2.7 per cent, so there remain opportunities as well as challenges.”