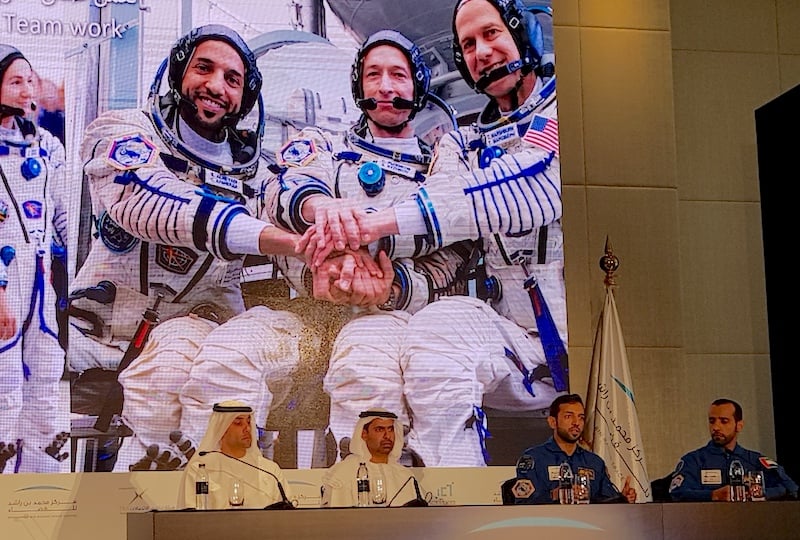 The UAE will announce its next two astronauts in January 2021, officials said.

The second edition of the UAE Astronaut Programme – registrations for which began in December last year – has welcomed more than 3,000 applications so far, officials confirmed at a press meeting on Tuesday.

Registrations will close on March 31, with the possibility of the deadline being extended to May 1, if necessary.

The youngest applicant was aged 17 while a 60-year-old candidate was the oldest hopeful, it was announced.

“STEM education is really important for future astronauts,” he added.

Hazzaa AlMansoori and Sultan Al Neyadi were the first astronauts selected in the UAE’s first Astronaut programme. AlMansoori embarked on a space expedition on September 25, 2019 and spent eight days on board the International Space Station (ISS).

He returned to Earth on October 3.

The second edition of the UAE Astronaut Programme gained ground when the UAE’s Vice President and Prime Minister and Ruler of Dubai, Sheikh Mohammed bin Rashid Al Maktoum, announced the opening of registrations on December 6, 2019.

Shortlisted candidates will undergo medical tests and interviews, with final interviews to be held in November this year.

The two selected astronauts will be named in January next year.

Officials revealed that the key objectives of the UAE Astronaut Programme included: