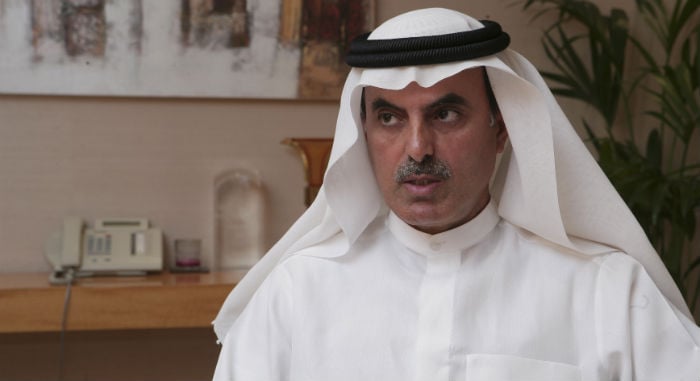 The United Arab Emirates central bank is expected to announce within one or two months rules restricting the amount of exposure which banks can have to the debt of government-related entities (GREs), a top commercial banker said on Tuesday.

Abdulaziz al-Ghurair, head of the national banking industry association and chief executive of Mashreq Bank, told reporters that each bank would then discuss the time frame for its compliance with the central bank on a case-by-case basis.

“We will have to wait and see what is the final decision. I’m sure some banks will seek time. There will be some slight changes but the good news is that other loans are growing so the overall proportion of GRE loans is shrinking.”

He added, “The central bank said, ‘This is the guidelines and we’re willing to sit down with each bank and discuss with them how much time we’re willing to give and what they need to adjust.’ If I tell you to lose weight – 10kgs now – you can’t. You need time – it can’t happen overnight.”

The central bank tried to introduce the rules last year as part of a drive to reduce risks and prevent any recurrence of Dubai’s 2009-2010 corporate debt crisis.

But it suspended the rules after banks complained the regulations would slow growth of their business and could cause them losses if they were forced to unload some of their state-linked loans quickly.

Lending to government-owned enterprises by some of the UAE’s biggest banks is currently well above the ceilings envisaged by the central bank last year. Sudden reductions could hurt not only the banks but the Dubai government, which has increasingly relied on loans from local banks for funding since the crisis.

In a research note last week, Bank of America Merrill Lynch calculated that the UAE banking sector’s exposure to the government and non-financial public enterprises as a percentage of bank capital was at 104 percent, the highest ratio since the late 1970s.

Ghurair did not give details of the upcoming rules. Bank of America Merrill Lynch said UAE banks had proposed that bonds and sukuk be excluded from the limits, which would reduce the total amount of exposure to be regulated by about a fifth.

Ghurair also said on Tuesday that limits on UAE banks’ lending for residential mortgages were expected to be announced by the end of this year.

The central bank also tried to introduce those rules last year, to reduce the risk of another bubble building in UAE real estate markets. But it suspended them after complaints from the banking association; since then, the central bank and the association have been discussing how to modify the regulations.

Banking sources told Reuters in March that the central bank had agreed in principle to banks’ proposal that caps on mortgages should be set at 75 per cent of the value of a property for foreigners who are first-time buyers and 80 percent for local citizens. Ratios for second homes would be 60 per cent for expatriates and 65 per cent for UAE nationals.

This would mark a softening of the original rules, which limited mortgages to 50 percent for first-time foreign buyers and 70 per cent for locals, while levels for second homes would have been set at 40 per cent and 60 per cent.

Ghurair said on Tuesday that under the revised rules, expatriates could not finance third or subsequent homes with mortgages; they would have to pay cash.

“I expect it before the end of this year to be announced. It was discussed and the views of the association were taken. There is a general agreement on the levels,” he said.