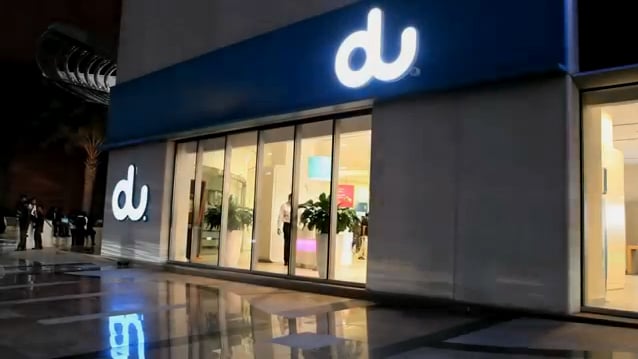 Du, the UAE’s second-biggest telecoms operator, aims to maintain double-digit revenue growth and pay a half-yearly dividend in 2014, it said on Thursday after posting sharply slower growth in quarterly profits.

Chief Executive Osman Sultan was bullish on the company’s prospects despite net profit growth of 4.5 per cent in the first three months of this year, the smallest increase since the company first broke even in 2008, excluding exceptional quarters when changes to UAE tax rates affected results.

Profits, however, did beat analysts’ expectations.

“I would like to see double-digit growth for the year in revenue,” Sultan told a conference call for reporters.

Du, which ended Etisalat’s monopoly of the telecoms market in the United Arab Emirates when it launched in 2007, plans to pay a dividend for the first half of 2014 and its board will decide the amount at a later date, Sultan said.

It paid a dividend of Dhs0.22 per share for the first six months of last year, its first half-yearly payout.

Sultan said du would target getting more subscribers onto monthly contracts to help increase revenue share – these account for nearly a tenth of its mobile customers and use three times as many call minutes as pre-paid customers.

But he said du would not fight a price war with Etisalat.

“It’s a spiral … you (should) offer great value to your customers but not to the detriment of the value created for your shareholders.”

Analysts polled by Reuters had forecast a quarterly profit of Dhs433 million.

Du’s shares fell 1.2 per cent after the results. They have risen 15 per cent in the past year, underperforming a broader index rally of 138 per cent which was driven by property stocks.

First-quarter revenue rose 13 per cent to Dhs2.96 billion, but the company’s share of UAE telecom sector revenue has been steady at about 30 percent over the past year, flattening out after a stellar first few years of operations.

Analysts say a desire to protect shareholder value has led to little real competition in UAE telecoms, with the federal-run Emirates Investment Authority owning 39.5 percent of du and 60 percent of Etisalat. The government nets dividends from the two operators and also levies heavy taxes on the sector.

Sultan said the failure to conclude a network-sharing agreement with Etisalat to allow competition in fixed services was limiting du’s ability to win a bigger slice of sector earnings. A deal has been under discussion for several years.

Both companies offer fixed-line phone, broadband and television packages in the UAE, but not in the same districts, with du largely confined to newer areas of Dubai.

Sultan declined to predict when competition in fixed services would be introduced, but said “I’m more optimistic than I was at the beginning of the year”.

Sultan blamed the drop on more competition in international calls, which includes Voice over IP services (VoIP) such as Skype.

VoIP’s legality in the UAE is ambiguous, with Internet-to-Internet calls largely unrestricted but attempts to call conventional phone numbers via the Internet are usually blocked.

“In terms of revenue, Voice over IP has an impact,” Sultan said.

Du’s costs fell to 24.8 per cent of first-quarter revenue from 26.6 per cent a year ago as sales and marketing spending dipped relative to income and the company reduced its bad debts.