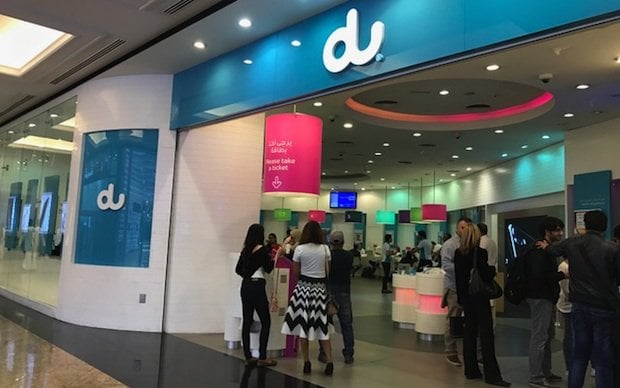 Du, which ended rival Etisalat’s domestic monopoly in 2007, made a net profit of Dhs446.6m ($121.6 million) in the three months to June 30, compared to Dhs445.4m in the year-earlier period, according to a stock exchange statement.

The telecommunications firm had reported declining year-on-year profits in the previous 10 quarters, according to Reuters data.

The company’s results have been squeezed since late 2014 as growth of the mobile market has been offset by a steady increase in the royalty — or tax — paid to the government.

Second-quarter revenue was Dhs3.26bn. This compares with Dhs3.07bn a year ago.

Du paid quarterly royalties — or tax — of Dhs527.2m, similar to what it paid in the prior-year period.

The company also said it would distribute a dividend of 13 fils per share for the first half of 2017, the same as the previous year period.

In January, the company announced it had acquired a licence to operate Virgin Mobile-branded services in the UAE.

Thousands of customers have been signed up to Virgin Mobile-branded services since a low-key launch in the first week of Ramadan, which began in late May, Sultan told reporters on a conference call.

Du’s mobile customer base rose 1.5 per cent to 8.2 million subscribers in the second quarter.