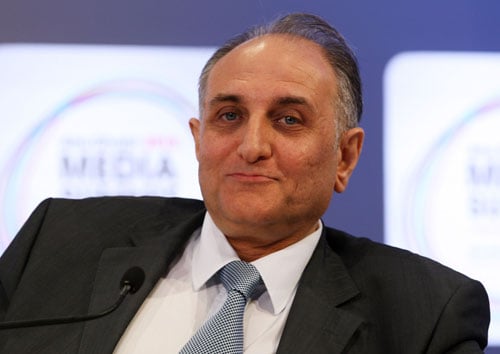 Dennelind will replace Osman Sultan, who recently announced his decision to step down after almost 14 years at the helm.

He will take up his appointment in early 2020, the Dubai-listed company said in a bourse statement.

Dennelind most recently served as the group CEO of Telia Company – the largest Nordic telecoms operator – and led the company through a “significant transformation”, where he focussed on culture, digitalisation and responsible business, the statement said.

He also previously worked with Telenor in his native Sweden as well as with Digi in Malaysia – also part of the Telenor Group. He also help positions in Vodafone and Vodacom.

Dennelind’s appointment came after an “extensive and rigorous international search” with the board seeking someone with “deep knowledge of the changing nature of the telecommunications industry, strong leadership and change management skills, and a track record of driving business growth in competitive environments”, the statement said.

Mohamed Al Hussaini, EITC chairman said: “We are confident that his extensive international exposure and experience of managing public companies, coupled with his ability to thrive in highly diverse environments, will add great value to EITC.”

Du, which is focussing on developing and rolling out its 5G network, reported a 2.5 per cent year-on-year increase in its second-quarter profit after royalty to reach Dhs464m.

Revenues during the period dropped by 4.8 per cent to Dhs3.19bn.