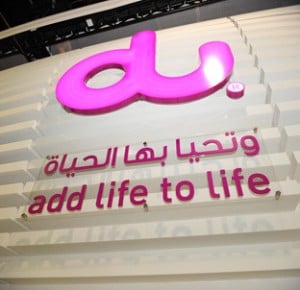 UAE telecom firm du has agreed terms on a $720 million loan which will be used to replace two existing debt facilities and lower the company’s funding costs, two banking sources said on Sunday.

The five-year loan will be provided by Abu Dhabi Commercial Bank, National Bank of Abu Dhabi and Saudi Arabia’s Samba Financial Group, the sources who both have knowledge of the matter said. They spoke on condition of anonymity as the information is not public.

The interest rate which du will pay for the new loan will be 140 basis points over the London interbank offered rate (Libor), the sources said.

Bankers not involved in the deal remarked that the pricing which du ultimately got from the three lenders was extremely cheap, especially as it had managed to negotiate a loan with a five-year lifespan.

“There have been talks for maybe three to four months between the company and banks but while they wanted five years, the most that banks were prepared to offer was three years – especially at the pricing levels they wanted,” said one of the bankers not involved in the transaction.

By comparison, Commercial Bank of Qatar, the Gulf Arab state’s second-largest lender by assets, is currently marketing a $600 million loan, split between a two- and three-year portion, which pays 120 and 140 bps respectively when the margin is combined with the fees a bank will earn.

The first is a $220 million three-year loan which expires in June. That transaction paid a margin of 145 bps over Libor and was provided by Dubai lenders Emirates NBD and Mashreq as well as NBAD and Samba, according to Thomson Reuters data.

It will also replace a $500 million facility raised in late-2012, which is due to run until 2017 and pays a margin of 175 bps over Libor. The banks who funded that deal were ADCB, Mashreq, NBAD and Samba.

Du joins other companies which are currently raising cash to refinance existing debt, even if those facilities still have a substantial amount of time to run.

Emirates Steel is seeking $1.3 billion from banks to replace debt and fund the purchase of assets from its parent firm, even though the original deal has more than three years to run.