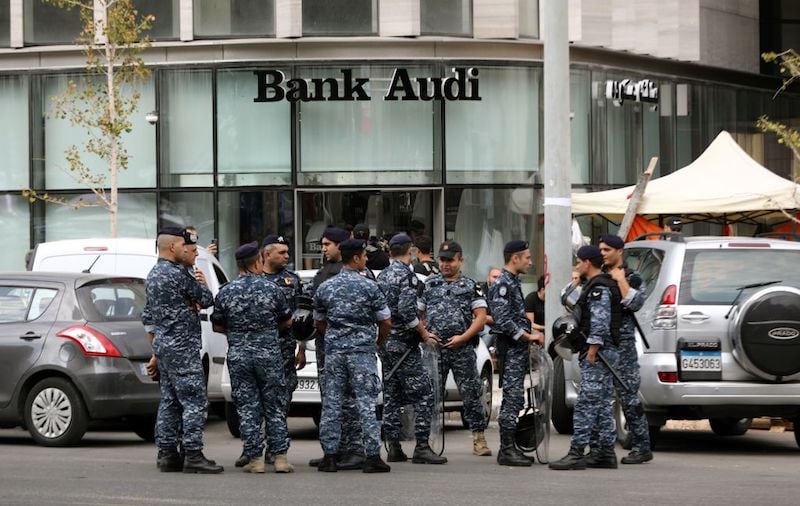 The United Arab Emirates said it’s “studying” possible aid to Lebanon, raising the prospect of a lifeline to the beleaguered country as it tries to get public finances in order after two weeks of anti-government protests.

While the UAE central bank hasn’t agreed on specific details, it will “study and make recommendations in light of the recent developments” in Lebanon, governor Mubarak Al Mansoori told reporters in Abu Dhabi on Sunday.

Promises of assistance from Gulf Arab countries have helped pull Lebanon back from the brink in decades past. But dismayed at the unchecked influence of Iran-backed Hezbollah, the region’s energy-exporting powers such as the UAE and Saudi Arabia have until now withheld aid from Lebanon despite pleas for help. Top Lebanese officials traveled to Abu Dhabi almost a month ago in search of financial support, but came away empty-handed.

In the face of protests since then, Prime Minister Saad Hariri resigned despite calls from Hezbollah, which has representatives in parliament and government, to stay on. Lebanese President Michel Aoun, a Hezbollah ally, said Thursday he supported the creation of a government of experts to lead the country.

Hundreds of thousands of protesters who’ve taken to the streets have demanded the ouster of an entire political class they blame for endemic corruption and economic mismanagement. As the rallies have gained traction, so have calls to end a quota system that divides political posts up among the country’s myriad Christian, Muslim and other sects.

With Lebanon’s currency peg under pressure, banks have curtailed the transfer of dollar deposits abroad until political turbulence subsides.

Lebanon hasn’t imposed official restrictions on the movement of money as lenders reopened their doors on Friday, but banks have independently moved to tighten informal limits already in place for months to avoid capital flight amid crumbling confidence.

“We think a potential debt restructuring or de-peg is increasingly likely, particularly as we are entering a period of policy paralysis,” Arqaam Capital analysts led by Jaap Meijer in Dubai said in a note on Sunday.

“Whoever is appointed as the new prime minister should face a near impossible challenge of implementing austerity amid the protests, while negotiating with a fragmented parliament and sectarian balance.”