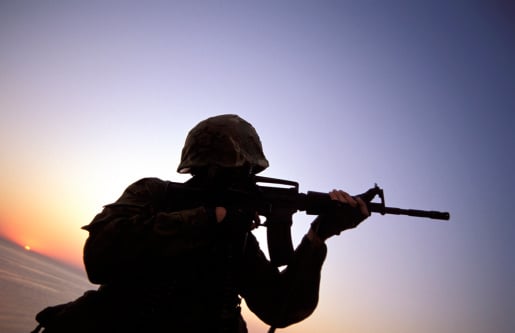 The UAE spent nearly $26.8 bn in 2014 to contain and deal with violence, according to the global peace index by the Institute for Economics and Peace.

In addition, the cost of violence to the UAE’s economy was the 36th highest total in the world and the 12th per capita.

The GPI gauges on-going domestic and international conflict, safety and security in society and militarisation in 162 countries by taking into account 23 indicators.

The UAE was ranked 49 out of 162 countries in the index, falling nine places from its 2014 ranking.

In the eight years since the GPI was first launched, the UAE’s peace levels have fallen by 14 per cent largely due to a fall in the indicators measuring relations with neighbouring countries, external conflicts fought and political terror.

The trend of deteriorating peace levels was also reflected in the overall region, GPI showed.

Sectarian strife and civil conflicts have reduced levels of peace in MENA, resulting in its worst ever score. The region fell to the bottom of the index with peace levels being the lowest since 2008.

Many Middle Eastern and African countries such as Syria, Iraq, Nigeria, South Sudan and Central African Republic fared poorly on the index. Libya saw the most severe deterioration in peace this year – falling down to 149th out of 162 countries.

Overall, global peace levels remained stable in 2014 but were lower than 2008. Almost 81 countries improved their levels of peacefulness but 78 saw deterioration, the index showed.

The cost of supporting refugees and internally displaced people alone has increased by 267 per cent since 2008, and now amounts to $128bn. But such costs trump the economic support provided to military, homicide and police forces who account for 68.3 per cent of the total costs.

Growth in terrorist activity expanded from MENA to Sub-Saharan Africa with the largest increases recorded in Nigeria, Cameroon and Niger.

Nigeria ranked as the second most deadly country for terrorism with a 140 per cent increase in deaths to 4,392. Its neighbour Cameroon recorded 191 deaths in 2014 compared to none the previous year.

Last year, a number of terrorist groups such as ISIL, Boko Haram and Al Qaeda in Yemen rose in prominence as they took advantage of a power struggle in parts of the Middle East and Africa.