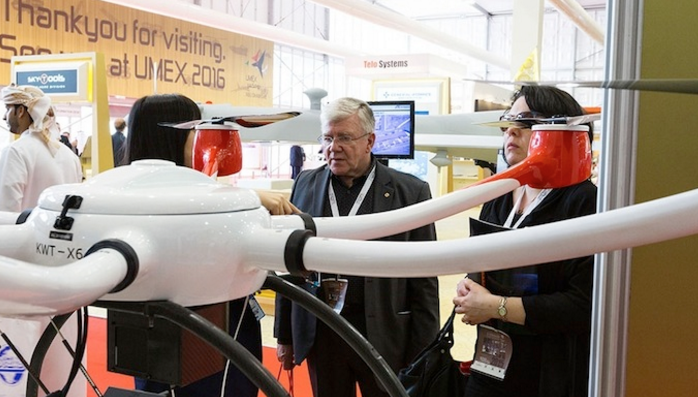 The United Arab Emirates signed six defence deals worth over Dhs 767m at the Unmanned System Exhibition (UMEX 2016) in Abu Dhabi, it was announced on Sunday.

Al-Shamsi stressed that the UAE was focussed on building and developing the unmanned defence sector.

“This technology is very important to acquire and to have the capability to do it yourself is a strategic goal we are trying to reach,” official news agency WAM quoted him as saying.

“The UAE companies we are seeing – like ADASI – ­are part of Abu Dhabi’s vision towards aerospace manufacturing. These companies are part of the leadership’s direction to upgrade the level of manufacturing in the country and to become a hub for the industry in the region,” he added.

UMEX was earlier part of the popular International Defense Exhibition (IDEX) but was delinked to focus specifically on the booming unmanned sector.

“We expect more growth for 2018 and we hope to attract even more companies in the sector which also include those that produce sensor equipment like radars, cameras, lasers and all those things required in the manufacturing of unmanned equipment,” he added.