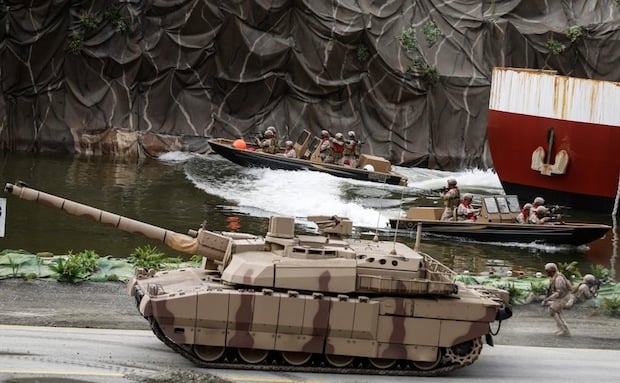 The armed forces signed contracts worth Dhs268m with international companies and Dhs135.1m with local companies on Thursday, the spokesman for the military said.