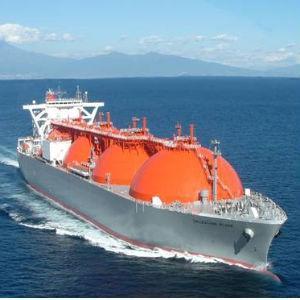 As Iranian threats to close the Strait of Hormuz grew louder over the weekend, the United Arab Emirates quietly loaded its first cargo on Sunday from its long-awaited new oil export terminal on the Gulf of Oman.

UAE oil officials and executives from oil majors such as ExxonMobil, Shell and Total gathered on the eastern coast of the country to open an alternative route for up to 75 per cent of UAE’s exports.

A European Union ban on Iranian crude imports came into effect on July 1 and Iran has been intensifying its threats to disrupt oil shipments from the Gulf. Two Iranian military officials warned over the weekend that Iran could stop oil from sailing through the vital shipping lane.

Alarmed by the Iranian threats, the UAE has completed its long-delayed project to pump up to 1.8 million barrels a day (bpd) to an export terminal on the eastern port of Fujairah.

Over the next few months, the Gulf OPEC member hopes to increase exports from the new facility to around 1.5 million bpd, nearly two-thirds of the 2.4 million it typically exports each day, and the new pipeline could carry three-quarters of the UAE’s oil exports if needed.

“This is a very strategic project, it gives the options to our clients to transport larger quantities (of oil),” UAE’s oil minister Mohammed bin Dhaen al-Hamli said. “I consider this project to be complementary, so we have an alternative…to give us choice to have more than one trade route.”

The 370-km (231-mile) Abu Dhabi Crude Oil Pipeline carries oil from fields in the UAE’s western desert to Fujairah, a major oil storage and fuel bunkering hub on the east coast. The new terminal also has eight crude oil storage tanks each with a capacity of one million barrel.

The first cargo loaded on Sunday with oil pumped from western fields in Abu Dhabi across the mountainous north-east tip of the Arabian peninsula is to be shipped to Pakistan. The bulk of UAE’s oil is exported to Asia.

“It will make other projects viable in this area, and will also avoid more insurance and also will give access to the open sea,” Abdulla Nasser Al Suwaidi, the head of state-run Abu Dhabi National Oil Co. (ADNOC) said after the opening ceremony.

Exports from the new facility would start at a few hundred thousand barrels a day and rise gradually over the next few months, Suwaidi said.

Until now, the UAE, like Qatar and Kuwait, had been entirely dependent on Hormuz to export its crude and the pipeline ends its dependence on a shipping artery that Iran has increasingly threatened to block as Western sanctions on its oil exports have tightened.

Saudi Arabia too has opened a bypass in the last few months, giving Riyadh scope to export more of its crude from Red Sea terminals should Iran try to block the Strait of Hormuz, but other Gulf oil exporters remain dependent on it.

Flows through the Strait last year accounted for about 35 per cent of all sea-borne traded oil, or almost 20 per cent of oil traded worldwide.

Almost 17 million barrels of oil were shipped between the northern tip of Oman and the southern coast of Iran in 2011, according to the US Energy Information Administration.

“By the end of the year this 1.5 mln bpd will be fully operational which is almost 70 per cent of the UAE’s crude,” IPIC’s managing director Khadem Abdulla Al Qubaisi said.

IPIC is also planning to build a $3 billion refinery in Fujiarah with a capacity of 200,000 bpd, due to be completed in mid-2016. Qubaisi said the project was at its front end engineering design (FEED) and construction was yet to start.

Oil holds near lowest since January with demand outlook dimming