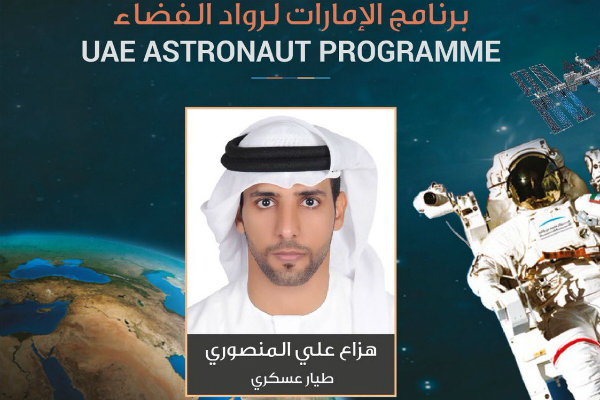 The UAE has selected the first Emiratis that will be sent to space under an astronaut programme announced last year.

That deal will see the first astronaut depart on a Russian Soyuz spacecraft in April 2019 for a 10-day space trip.

“We have the region’s only Mars exploration program, a fully operating satellite manufacturing capability and an astronaut program as part of our Dhs20bn investment in the space sector. The secret is our young Arab people and their capabilities,” Sheikh Mohammed said.

We have the region's only Mars exploration program, a fully operating satellite manufacturing capability and an astronaut program as part of our Dhs 20 billion investment in the space sector. The secret is our young Arab people and their capabilities.

Al Mansouri and Al Nayadi were were among nine individuals shortlisted from 4,022 applicants to take part in the final evaluation phase of the astronaut programme, which included an intensive assessment in Russia by experts from Roscosmos.

The former, 34, has more than 14 years of experience in military aviation and is currently qualified to pilot the F-16B60 aircraft.

Al Nayadi, 37, has worked as a communications engineer and electronics and information security researcher for the UAE armed forces since 1999 and has a number of papers published in international journals.

One of the two will act as the primary astronaut for the ISS mission and the other as backup, while the seven remaining finalists will receive extensive training for future long duration space missions.

The overall goal of the astronaut programme when it was launched last December was to send four Emiratis into space over the next three years.