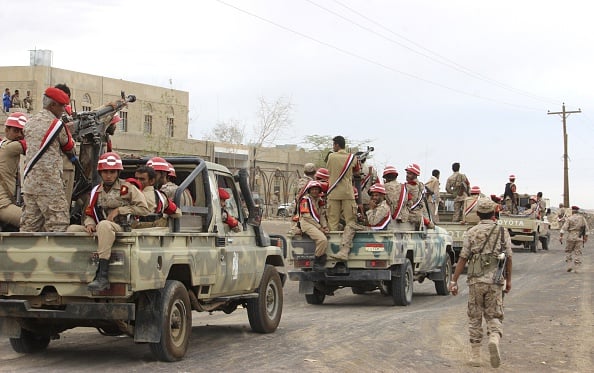 The United Arab Emirates announced on Wednesday that the war in Yemen had ‘ended’ for Emirati troops, although the country stressed that it would continue supporting efforts to rebuild Yemen.

Quoting the UAE’s Minister of State for Foreign Affairs Anwar Gargash, Abu Dhabi Crown Prince Sheikh Mohammed bin Zayed Al Nahyan said in a message on Twitter: “Our standpoint is clear: war is over for our troops. We are monitoring political arrangements, empowering Yemenis in liberated areas.”

In his lecture, Gargash asserted that all the political means in the Yemeni crisis had been exhausted and that Iranian support for the Houthis had become clear.

Hence “a decisive move had to be made”, he said.

“Our standpoint today is clear: war is over for our troops; we’re monitoring political arrangements, empowering Yemenis in liberated areas”

Gargash: Having exhausted all political means in the Yemeni crisis & with the Iranian support becoming clear, a decisive move had to be made

The UAE is part of the Saudi-led coalition of Arab nations that began conducting air strikes against Houthi rebels in March 2015 in a bid to restore Yemeni President Abd-Rabbu Mansour Hadi’s government in the country.

The UAE has suffered heavy casualties in the conflict. Earlier this week, the pilot and co-pilot of a UAE military helicopter were killed when their aircraft crashed in Yemen.

In September last year, at least 50 soldiers from the UAE, 10 from Saudi Arabia, five from Bahrain and four from Yemen were killed after a Houthi rocket hit an ammunition depot in Yemen’s Marib province.