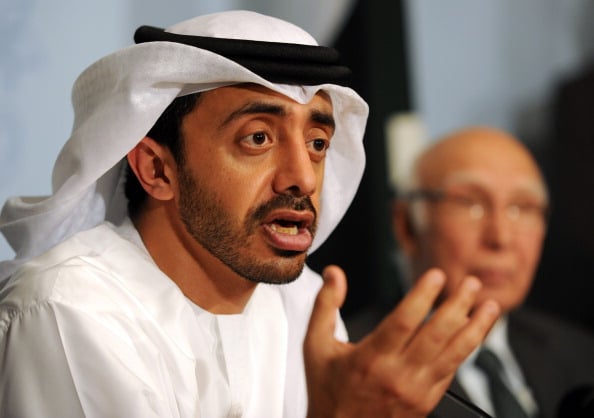 Saudi Arabia, the UAE, Bahrain and Egypt are pressing Qatar to shut its Al Jazeera news TV station and scale back relations with Iran, Saudi Arabia’s arch-rival in the Gulf region, part of 13 demands they want Doha to fulfill to end the crisis.

Qatar has said it delivered a response to mediator Kuwait, which will be discussed by the four countries at a meeting in Cairo on Wednesday after their deadline for Doha to accept the demands expires late on Tuesday.

“We are still waiting for the response from our brothers in Kuwait regarding the response that they received from Qatar and once we examine it among ourselves we will take the decision of course,” Sheikh Abdullah said at a news conference with his German counterpart in Abu Dhabi.

Officials from the UAE and Saudi Arabia have suggested that further sanctions, including the possibility of kicking out Qatar from the six-member Gulf Cooperation Council, could be imposed if Doha failed to heed the demands.

“I think it is premature to talk about the extra sanctions and steps and procedures to be taken by these countries,” he said.

“This depends on what we will hear from our brothers in Kuwait and the dialogue and conversations among ourselves and the examination of these responses.”