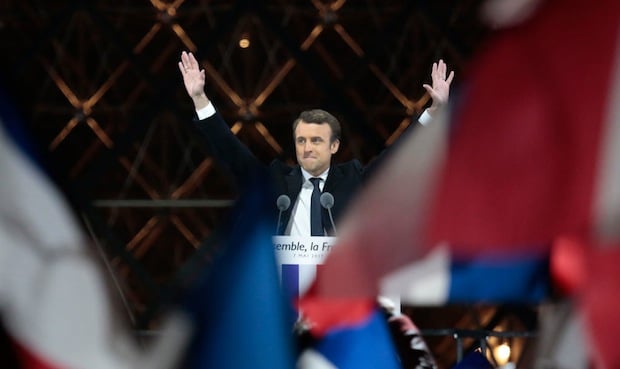 Regional leaders from the UAE and Saudi Arabia have extended their congratulations to France’s new President Emmanuel Macron.

Macron won the French presidential election on Sunday after defeating far-right candidate Marine Le Pen with 66.06 per cent of the votes.

The country’s youngest President at 39, Macron said in his speech to the crowd on Sunday: “I know the divisions in our nation, which have led some to vote for the extremes. I respect them.

He added: “Tonight you won, France won. Everyone told us it was impossible, but they don’t know France.”

A liberal-centrist Macron, the leader of the En Marche party, is a strong supporter of the European Union, causing the euro to rise after his win.

Analysts believe that Macron’s win will prove beneficial for relations with the GCC. The two regions already enjoy strong ties, with countries such as Saudi Arabia, Qatar and the UAE among the biggest buyers of French defence exports.

“A victory for Emmanuel Macron would be the best outcome for the Gulf states,” political analyst Manuel Almeida wrote in Arab News last month.

“His specific foreign policy views are still largely unknown, but his pragmatism and pro-European and globalisation stances would result in a constructive and responsible Middle East policy,” he said.

Meanwhile other world leaders also congratulated the new French President on his victory.

US President Donald Trump and UK Prime Minister Theresa May took to Twitter to say they looked forward to working with him.

Congratulations to Emmanuel Macron on his big win today as the next President of France. I look very much forward to working with him!

I warmly congratulate @EmmanuelMacron on his success and look forward to working with him on a wide range of shared priorities.