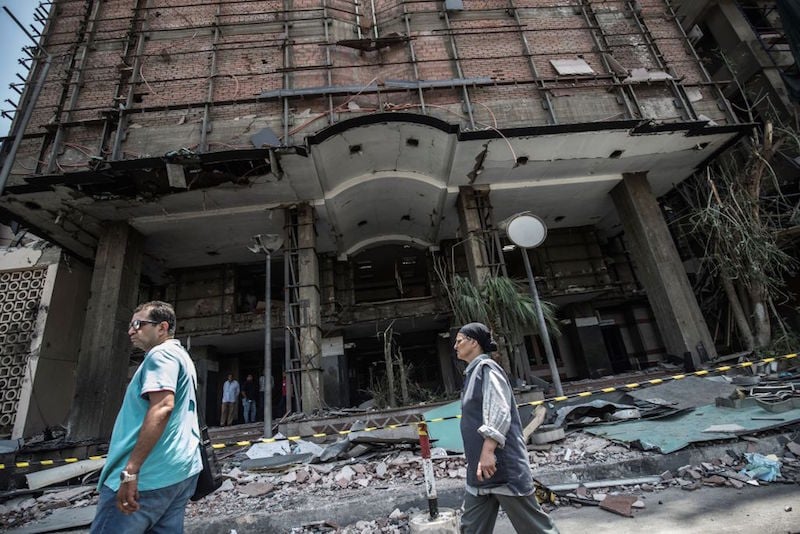 The UAE and Saudi Arabia have strongly condemned the terrorist attack that took place in Cairo on Monday, which killed 20 people and left 47 others injured.

An explosives-laden car intended for a militant attack blew up outside a cancer hospital in the Egyptian capital, the country’s interior ministry said.

The UAE’s ministry of Foreign Affairs and International Cooperation expressed condolences to the families of the victims, and said the act aims to undermine Egypt’s security and stability, official news agency WAM reported.

“This heinous act of terrorism is completely against all religious and humanitarian values and principles,” the ministry said.

It also reiterated the UAE’s stance against terrorism.

Crown Prince Mohammed bin Salman also called the incident a “cowardly criminal act” and conveyed condolences to the families of those killed.

Egypt’s interior ministry has accused militant group Hasm for loading explosives into the car, which collided with traffic in a one-way street.

“The initial technical examination showed that the car contained explosives, and the collision led to their detonation,” a ministry statement said.

“It is estimated that the car was being transported to a location for use in the execution of a terrorist operation,” the ministry added.

Egyptian President Abdel Fattah al-Sisi expressed his condolences to the families of the victims and pledged to eradicate “this brutal terrorism”.