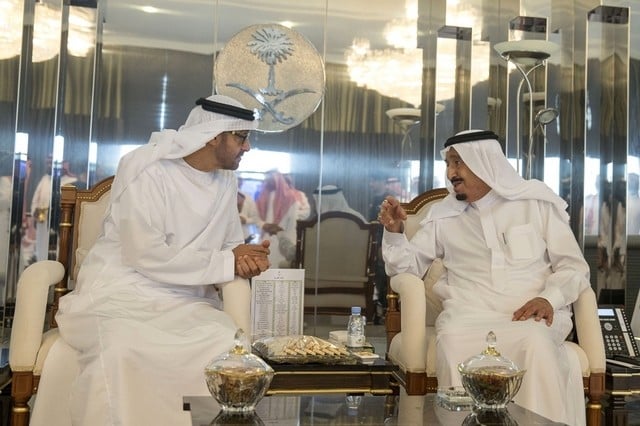 The United Arab Emirates and Saudi Arabia have agreed to set up a co-ordination council between the two countries in a bid to boost relations and increase bilateral collaboration.

The signing ceremony for the launch of the council was held at the Peace Palace in Jeddah and attended by His Highness Sheikh Mohamed bin Zayed Al Nahyan, Crown Prince of Abu Dhabi and Deputy Supreme Commander of the Armed Forces, and King Salman bin Abdulaziz Al Saud of Saudi Arabia.

The agreement was made based on the two nations’ social, cultural, historical and religious ties and the council aims to encourage greater consultation and partnership in matters of common interest.

According to the agreement, the council will meet periodically and alternately between the two countries, and the chairmen can establish joint committees and name members as the need arises.