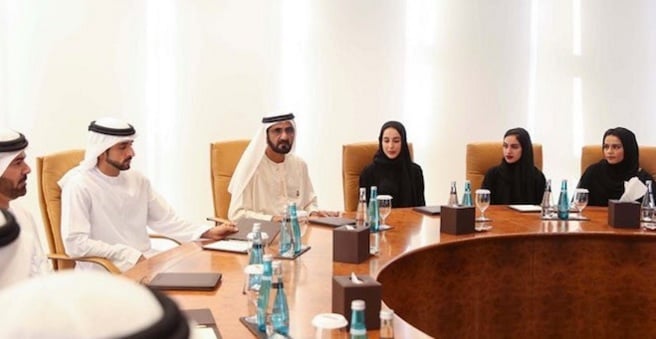 The United Arab Emirates will soon see local youth councils established across the country as part of the 100-day action plan proposed by the new youth minister Shamma Al Mazrui.

Vice President and Prime Minister of the UAE and Dubai’s ruler His Highness Sheikh Mohammed bin Rashid Al Maktoum reviewed the plan and approved a number of initiatives and programmes.

. @HHShkMohd reviews in presence of @HamdanMohammed the 100-day working plan of Minister of State for Youth Affairs pic.twitter.com/5JSB6xrttW

To achieve this, the programme calls for the setting up of local youth councils in various emirates to coordinate federal and local efforts.

Youth platforms will also be organised periodically to display best practices and discuss the most important issues related to young people, their aspirations and challenges and to come up with practical solutions, the report said.

Under the plan, Waqf (endowment) services will also be provided along with business incubators to help develop youth projects and promote entrepreneurship in the country.

Such services will include offices for youth projects, rooms for events for young people as well as endowment licenses.

The action plan also calls for a national strategy for the youth that will serve as a framework for all the efforts being made to support young people and empower them.

It will also include the manual of Emirati values for the UAE youth which seeks to raise awareness among the local youth about the country’s values.

More details about the initiatives are expected to be announced over the next few months.

Reviewing the plan, Sheikh Mohammed also issued a directive to draft a long-term national strategy for youth engagement and to launch a joint programme with the UAE’s permanent mission. The latter will help develop the skills of the young Emiratis representing the country in international arenas, WAM reported.

“Governments cannot carry out sustainable development without meaningful partnerships with the youth,” he said.

“We advised the minister of state for youth affairs to listen, listen and listen to the youth and to convey to us their feedback so that the government can create an ideal environment for them to achieve their aspirations,” he added.

Sheikh Mohammed also stressed that caring about the youth was not solely the responsibility of the youth minister, but of all government and private entities.

Al Mazrui, who also heads the recently established Emirates Youth Council, asserted that the entity will coordinate with all the relevant public and private sector authorities to work within a single integrated team framework.