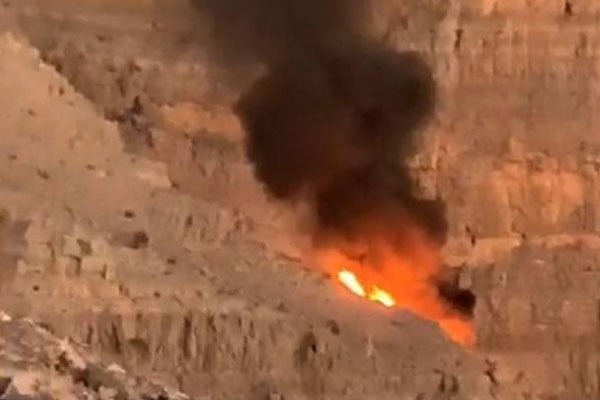 A rescue helicopter crashed at around 5.50pm on Saturday in Ras Al Khaimah (RAK) killing all four rescue personnel onboard.

The Agusta 139 helicopter was on a rescue mission in the Jebel Jais area when it hit the world’s longest zip line that resulted in the accident.

The helicopter was on a mission to airlift an injured man, but crashed before reaching the man.

It added that navigator Jasim Abdullah Ali Tunaiji and first aid medic Mark Roxburgh too died in the accident.

Eyewitness footage showed the helicopter diving into a tailspin before crashing into the mountain and bursting into flames.

The ruler has also ordered a comprehensive investigation into the safety and security arrangements and measures followed in the incident venue to identify the cause behind the crash.

The world’s longest zip line opened in RAK in February starting 1,680m above sea level on top of Jebel Jais mountain where riders can reach speeds of up to 150kph during the 2.93km ride spanning the chasm of the UAE’s largest mountain peak.