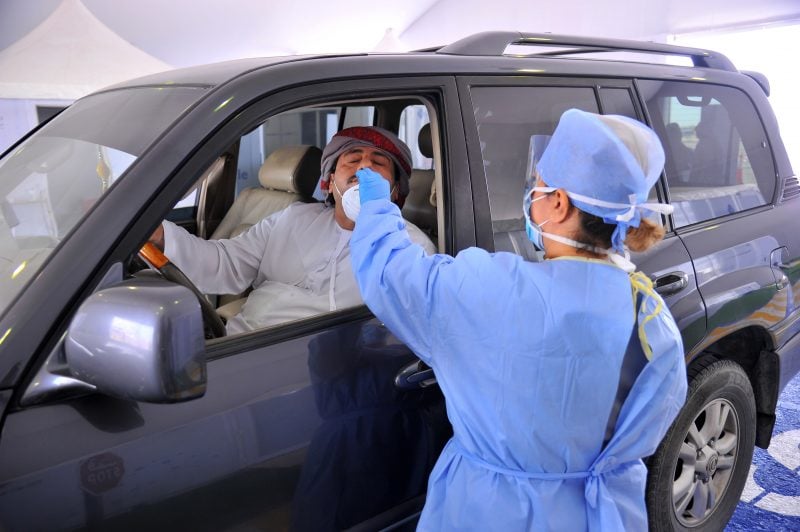 The UAE reported 412 new Covid-19 cases on Tuesday, following rigorous testing over the past few days, the Ministry of Health and Prevention (MoHAP) announced.

The ministry has conducted over 32,000 tests among citizens and residents over the past few days, in line its plans to intensify screening to contain the spread of the virus.

The new cases include individuals from various nationalities, all of whom are in a stable condition and receiving the necessary care, a statement said.

The total number of infections in the country has reached 4,933.

MoHAP also announced the death of three patients suffering from Covid-19. The deceased were Asian nationals and had pre-existing chronic illnesses. The death toll has now reached 28.

It also announced the full recovery of 81 new cases after receiving the necessary treatment, taking recoveries to a total of 933 in the UAE.

The UAE, which opened 13 new drive-through testing centres across the country last week, has conducted 632,000 tests so far.

With increased testing and strict adherence to social distance measures, the UAE could flatten the curve in three to four weeks, a senior doctor has said.

“We hope that within three to four weeks, if everyone co-operates, that we will flatten the curve,” Dr. Adil Sajwani, a family medicine specialist at MoHAP and a member of the national awareness team for Covid-19 in the UAE, told The National.

“Flattening the curve depends on the people. If they do not [help], the government has to take strong measurements to let them stay home. It will take longer if people do not co-operate.”

He also said the public should not be alarmed about the rising number of cases in the country.

“Every day the number of people is increasing and this is because testing is increasing,” he said. “Most of the cases are mild and many of them receive no treatment. Only some cases need treatment but, again, we will not reach zero cases soon.”

The UAE has implemented strict measures to curb the spread of the virus including conducting a daily disinfection programme and limiting the number of people allowed to work in offices.

The disinfection programme in Dubai is in place throughout the day, with those leaving their homes requiring permits (except for those in vital sectors).