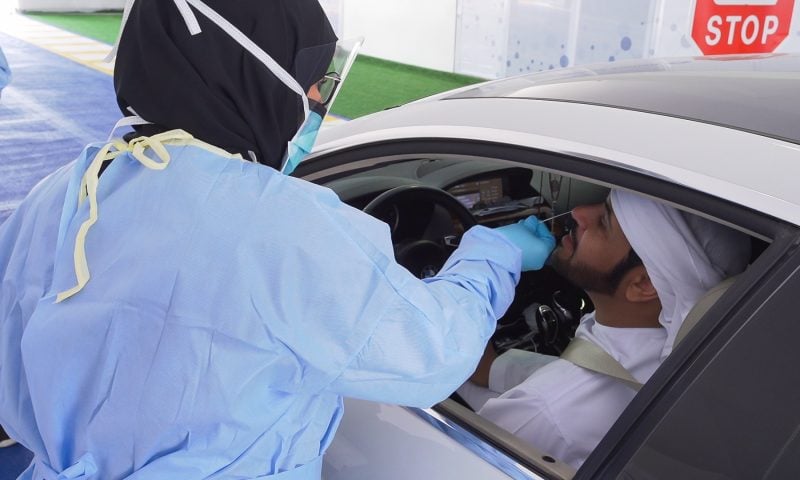 The UAE reported 1,285 new Covid-19 cases on Wednesday, following 136,483 additional tests in the country, the Ministry of Health and Prevention (MoHAP) announced.

The total number of infections announced so far in the country has now reached 171,434.

According to the ministry, the infected individuals are from various nationalities, are in a stable condition, and are receiving the necessary care.

The UAE also announced four deaths due to Covid-19 complications, bringing the total number of deaths in the country to 580.

MoHAP also reported that an additional 713 individuals had fully recovered from the virus, bringing the total number of recoveries to 156,380.

The Ministry of Health conducts 136,483 tests as part of its plans to expand the scope of the tests, and reveals 1,285 new cases of the #Coronavirus, 713 recoveries and 4 deaths cases due to complications. #CommitToWin pic.twitter.com/rZnwun6Mef

He also said the UAE has “reached its targets for monitoring infections and recoveries”.

“Our community responded aptly to the preventive measures and our institutions fought hard against the virus, supported by our advanced health infrastructure, with its facilities, equipment and medical cadres who contained the pandemic and limited its spread, enabling our country to be the first in the world where Covid-19 tests have exceeded the population count. We have also reached our targets for monitoring infections and recoveries,” he said on the occasion of the UAE’s 49th National Day.

“The pandemic has forced many countries to reassess their healthcare systems. However, in the UAE we have implemented the necessary initiatives to support our health system, whose efficiency and competence we trust.

“We are proud of our healthcare system, which is ranked first in the world in seven health indexes, including its healthcare coverage, lack of health problems and national early detection programmes,” Sheikh Mohammed added.

Read: ‘We want 2021 to witness a major breakthrough for the next 50 years’ – Sheikh Mohammed