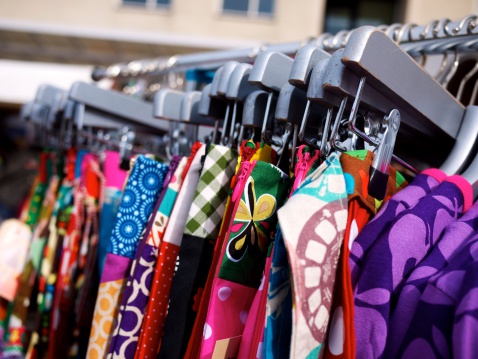 The UAE was the 11th biggest importer of clothes globally in 2012, with total imports worth $4 billion, according to figures released by the World Trade Organisation.

Constituting 0.8 per cent of all the world imports, the figures represented a 13 per cent rise as compared to 2011.

“Most of the clothing brands in the UAE work under a franchise structure or joint venture with a local partner, however, the trend is changing slowly as home-grown fashion brands are emerging to compete with international peers,” said Midhat M. Abu Ghazaleh, CEO, Abughazaleh Trading Company(ABCO), a wholesale distributor and manufacturer of apparel and accessories.

“Consumer spending is higher in the Gulf than in other parts of the world which is hopping up competition in the clothes industry and leaves room for home grown brands.”

The UAE’s retail industry has been growing strongly following increased interest from many international operators.

Dubai’s retail and wholesale sector played a major role in buoying the growth rate of the emirate’s economy during the first quarter of this year, said a government report. According to a Dubai Economic Council report, the retail sector contributed 28 per cent to Dubai’s growth plans.

But Abu Ghazeleh said that such an impact is partially aided by the population growth that goes in parallel with an influx of tourists, providing room for the UAE’s retail and apparel sector to grow and compete regionally and internationally.

He also said that there was substantial growth in designer apparel in the UAE this year.

“This growth was mainly driven by the huge increase in inbound tourists coming into Dubai on luxury shopping trips.”

Abu Ghazaleh said that the establishment of Dubai Design District, which will serve the emirate as a full service commercial hub for design industry-related organisations, brands and supporting enterprises, will further fuel the apparel clothing sector.

“Dubai’s retail industry is expected to grow to Dh151 billion over the next two years and the clothing industry is likely to get a significant chunk of this growth,” he said.