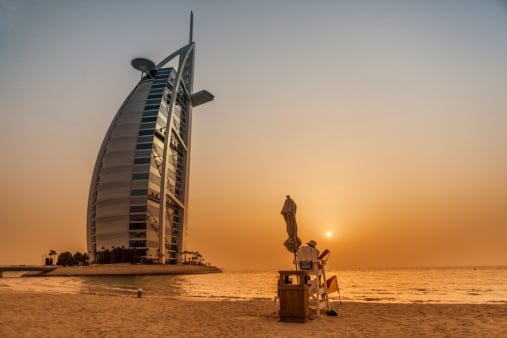 The UAE has been ranked the happiest Arab country in the world in a recent United Nations report, and 14th happiest overall.

The study comes one week after a poll by Ipsos Mori named Abu Dhabi as the fourth most popular city in the world.

The World Happiness Report, conducted by Columbia University’s Earth Institute, found that “the world has become a slightly happier and more generous place over the past five years”.

The study, which looks at nations’ happiness by studying peoples’ mood and overall life satisfaction, found six factors affect wellbeing, including: per capita GDP, life expectancy, having someone to count on, freedom to make life choices, generosity and freedom from corruption.

A report from state news agency WAM quoted HH Sheikh Mohammed bin Rashid Al Maktoum, vice president and prime minister of the UAE, as saying: “Our goal is to achieve the happiness of our people, and their satisfaction is the gauge of our success.

“All development plans that we approved, all initiatives that we launched and all the government policies and laws, have one common goal – achieving the happiness of our people.

“Countries can only be built with happy and satisfied people. Happiness of individuals is only the start for a stable, productive and safe society.”

Denmark was named the happiest country in the world with Norway, Switzerland, the Netherlands and Sweden making up the top five.