UAE Presidential Palace to open to the public - Gulf Business 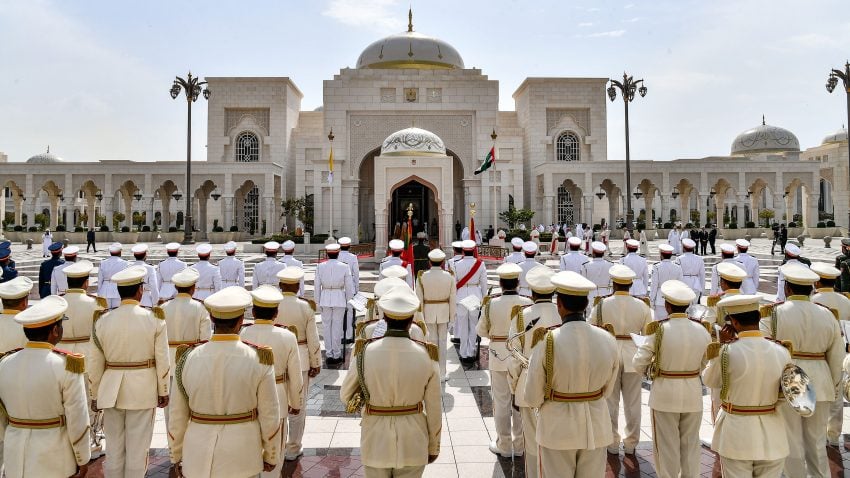 The Presidential Palace in Abu Dhabi will open its doors to the public next week as it launches a new cultural landmark within the complex.

The palace is currently the meeting place of the UAE Cabinet and the Federal Supreme Council. Among is many functions, it is where global leaders are hosted during official state visits to the country.

From next Monday visitors will be able to learn more about the UAE and its governance.

In a tweet on Monday, the Crown Prince said: “In line with the UAE President’s vision, I have given directives to allocate a building in the Presidential Palace compound, called Qasr Al Watan, ‘Palace of the Nation’. Visitor tours of the palace will serve as a knowledge base and boost cultural understanding of the UAE.”

As well as the new attraction, the palace will house the Qasr Al Watan Library, which will hold a collection of books and resources about various aspects of the UAE’s history and growth. The artefacts and manuscripts will showcase the Arab world’s contribution to fields including science, arts, and literature.

Evening visitors will be able to enjoy a light and sound show which will be projected onto the building, telling the story of Qasr Al Watan, and the vision the of the UAE.