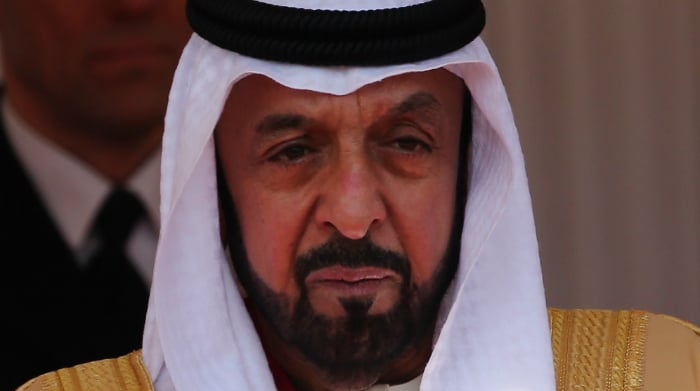 UAE President Sheikh Khalifa bin Zayed Al Nahyan has announced that Dhs20 billion will be allocated to fund social and economic projects across the country.

His announcement came during an address to the nation on the occasion of the UAE’s 42nd National Day.

“Within the context of our keenness to achieve happiness and welfare for citizens, we have decided to allocate additional Dhs20 billion for funding works and projects under the initiatives we have launched to achieve the aspired standard of welfare to our citizens,” official news agency WAM quoted him as saying.

The government has also launched an initiative to build 10,000 houses for citizens in various emirates and raise the housing assistance from the Zayed Housing Programme to Dhs800,000 from Dhs500,000.

Sheikh Khalifa also praised the federal government for earmarking over 50 per cent of the 2014 Union budget for the social sector to develop and upgrade education, health, labour and social affairs.

“Our government’s ambition does not only seek to leverage indices of economic growth, though these are important, but also to improve the living standards of citizens, to put the UAE on the map of the world’s most advanced nations, in terms of justice, security, education, culture, housing, sports, health, environment and smart cities,” he said.

He also called for the adoption of a national plan for the development of sports.

During his address, the UAE President also congratulated the UAE leaders and citizens on Dubai’s successful Expo 2020 bid.

“It emphasises the stature of the UAE as an international hub for attracting business and as an ideal platform for meeting of creative ideas and minds. We also highly appreciate and value the national work teams for their tireless, faithful dedication over two years.

“It is a well-earned victory and a certificate of appreciation for our fathers who laid down the foundation of a strong State that can feel proud, in front of the nations of the world, of its achievements.

“It also represents a medal for every Emirati man and woman as well as for every resident living in the State,” Sheikh Khalifa said.