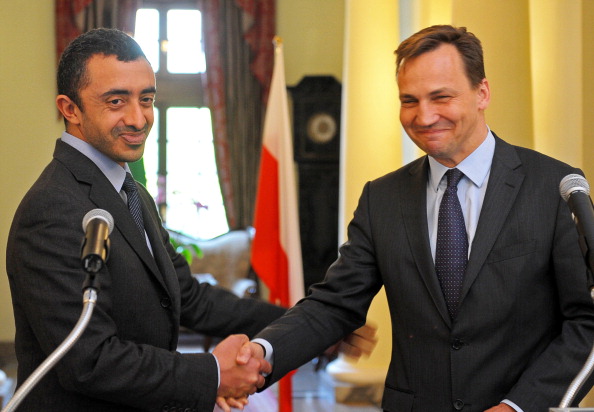 The United Arab Emirates’ mutual trade with Poland increased by more than 13 per cent last year, the Polish Information and Foreign Investment Agency (PAlilZ) announced ahead of the Annual Investment Meeting (AIM) this week.

Trade figures hit $453 million in 2012, up from $400 million the previous year as the European nation imported goods worth $88 million from the Gulf state.

In return, the UAE has imported $365 millon worth of Polish products including ceramic and chemical products, machines and mechanical devices, and food products.

Czaja said the participation of Poland in this year’s AIM is part of its Eastern Poland Economic Promotion Programme, with the country having already appeared at Gulfood this year.

”We are happy to participate in the AIM, which provides the perfect platform to establish new contacts and present the opportunities we have in Poland to potential investors in this region,” he said.

“At the same time, the Macroregion holds immense potential as an attractive investment destination. Business and local government representatives from Eastern Poland are keen to utilise the event to introduce their new products to this market and attract new investments.”

As one of the biggest EU countries with almost 40 million citizens, Poland offers a number of business opportunities. In the 2010 Ernst & Young European Attractiveness Survey, international managers indicated Poland as the top potential investment destination for their FDI projects in Europe.

Agnieszka Lukaszewska-Wojnarowska, a director at PAIiIZ, said: “The UAE is a major customer for luxury goods manufactured in the eastern part of our country.

”Luxury yachts manufactured in Podlasie and Warmia and Mazury as well as Leopard cars produced in Mielec are particularly popular.”