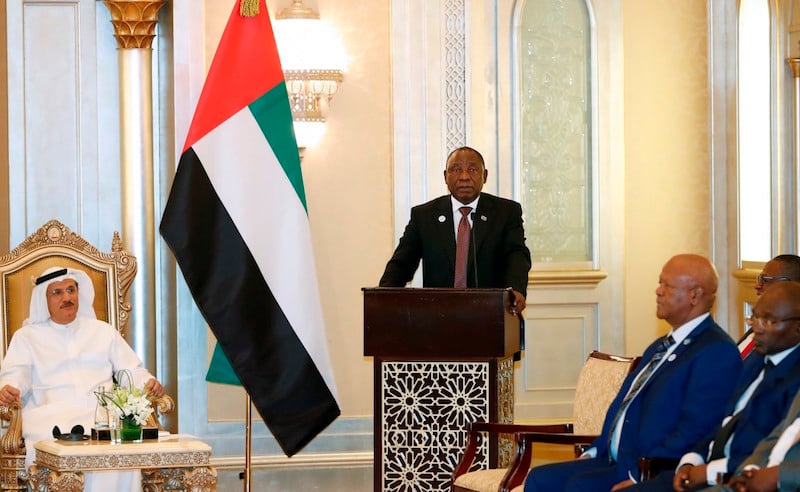 The United Arab Emirates (UAE) has pledged to invest $10bn in South Africa’s economy, including the tourism and mining sectors, the South African presidency said on Saturday.

Saudi Arabia committed a similar sum with a focus on energy during a Middle East visit by South African President Cyril Ramaphosa, who has set an ambitious target of attracting $100bn in investment to kick-start an ailing economy.

“The UAE announced its plans to invest $10bn in key sectors of South Africa’s economy, such as tourism and mining among others, to support the sustainable development of the country,” the presidency said in a statement after Ramaphosa visited the federation of seven emirates on Friday.