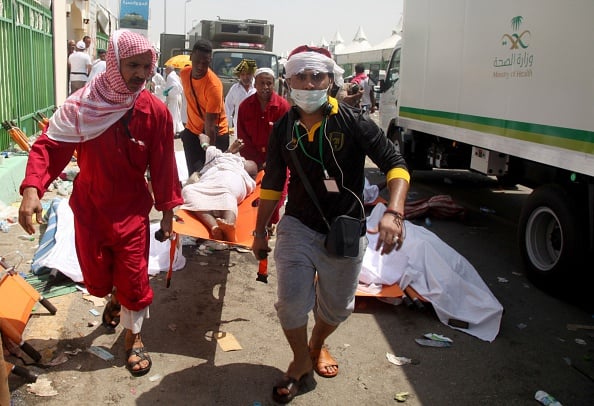 All the pilgrims from the United Arab Emirates performing the haj at Mecca are “safe” and were not at the site in Mina where a stampede on Thursday killed at least 700 people, official news agency WAM reported.

Chairman of the General Authority for Islamic Affairs and Endowments and head of the UAE haj mission Dr. Mohammed Mattar Al Kaabi told WAM that all the UAE pilgrims are “well and the camps for them are also safe.”

Their camps are located far away from the site of the stampede that took place on Thursday morning, he stated.

At least 717 pilgrims from different nationalities were killed in the stampede at Street 204, the worst disaster to strike the annual haj pilgrimage in 25 years.

A further 805 others were also injured, officials have said.

The accident took place after two large groups of pilgrims arrived together at a crossroads on their way to performing the “stoning the devil” ritual at Jamarat, Saudi civil defense officials said.

Around two million pilgrims from across the world have converged in Saudi Arabia to perform the haj this year to mark the occasion of Eid Al Adha.