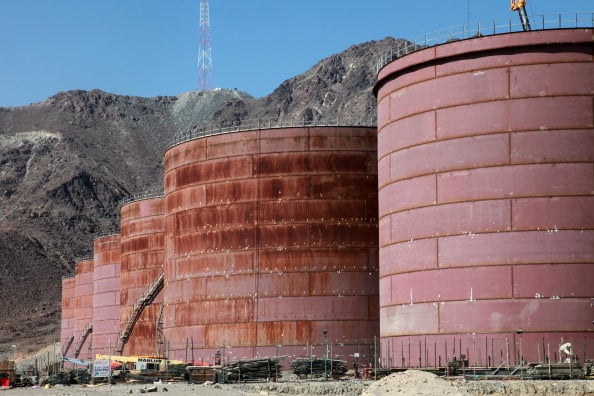 U.S. based Excelerate Energy has won a contract to build a liquefied natural gas (LNG) import terminal in the United Arab Emirates (UAE), two sources close to the deal said.

The facility at Fujairah, which lies on the east coast of the UAE outside the Strait of Hormuz, is expected to have an annual import capacity of nine million tons of LNG, Emirates LNG has said.

The UAE has exported LNG from fields in the Gulf since the late 1970s but its own rapidly rising demand and slow production growth have made the OPEC member a net importer of gas over the last few years.

Rather than building a full-scale import terminal, which can take years, Emirates LNG was studying floating storage and regasification units offered by Excelerate and Golar which can be towed into place.

Dubai already imports LNG to ports in the Gulf, and the UAE gets a modest volume of Qatari gas by pipeline, which helps feed power and desalination plants at Fujairah.

The Emirates LNG import terminal will be built next to a power and desalination plant at the booming industrial and oil storage centre.

Building an LNG import terminal outside the Strait of Hormuz reduces the risk that the UAE’s supplies could be affected by problems in the vital oil and gas shipping lane, which neighbouring Iran has threatened to block over the last year.

The contract was awarded to Excelerate in December, one of the sources said, but has not yet been made public.