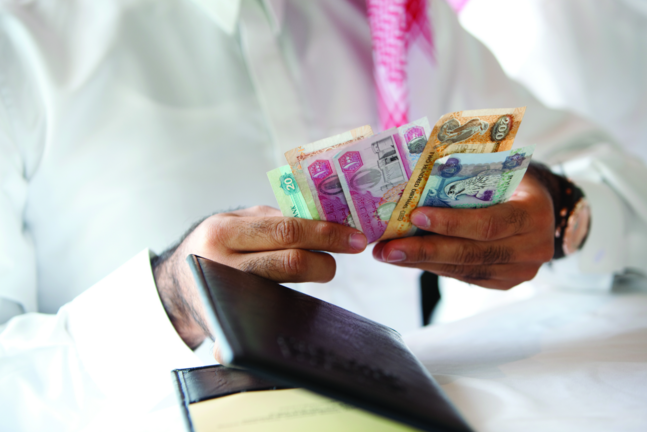 Salary increases in the United Arab Emirates and Qatar are set to slow to 4.9 per cent in 2016, falling below 5 per cent for the first time in last five years, a new survey showed.

Pay hikes in Saudi Arabia too have fallen to 5 per cent, down from 6 per cent in the last few years.

According to Mercer Middle East’s latest total remuneration survey, companies in the region are becoming more financially prudent when dispensing with pay hikes this year.

“The rapid decline in oil revenue, which has resulted from oil prices falling from over $100 to less than $50 a barrel, is having a significant impact on the growth plans for businesses in the region,” said Mercer Middle East’s principal – Information Solutions business leader Nuno Gomes.

“This fall in petro-dollar income has led to cuts in government spending observed in the last three to six months, which is compounding the situation. Added to this are underperforming financial markets and regional conflicts, with the overall picture one that is subduing companies’ confidence and curtailing investment.”

The survey follows several reports that warned of a clampdown on salary increases in the Gulf Cooperation Council as a result of toughening economic conditions. A recent report by recruitment firm Korn Ferry showed that 15 to 20 per cent of companies in the region are likely to exercise caution on staff wages this year.

Mercer also predicted a slowdown in hiring activity in 2016, much like the last year.

In 2014, 71 per cent of organisations polled said they planned to increase headcount in 2015, but when asked the same question earlier in 2015, only 57 per cent declared plans to increase personnel. In Saudi Arabia, the decline was from 79 per cent to 66 per cent.

“It is clear that 2016 is likely to be characterised as being a year of restrictions, caution and a focus on improved efficiency from an HR, compensation and benefits perspective. Companies are looking to introduce new and interesting approaches to rewards, and benefit from the macro-economic environment to make necessary or desirable changes.”

The survey also noted a number of new trends in remuneration.

“Pension plans are likely to become more important for employees in the coming years and we anticipate that companies will start to adopt formal schemes as opposed to the savings plans that we are currently seeing,” said Gomes.

“When we look at flexible working, these are policies that always land well with employees in the UAE, as they cater to the diverse workforce found in the country.”