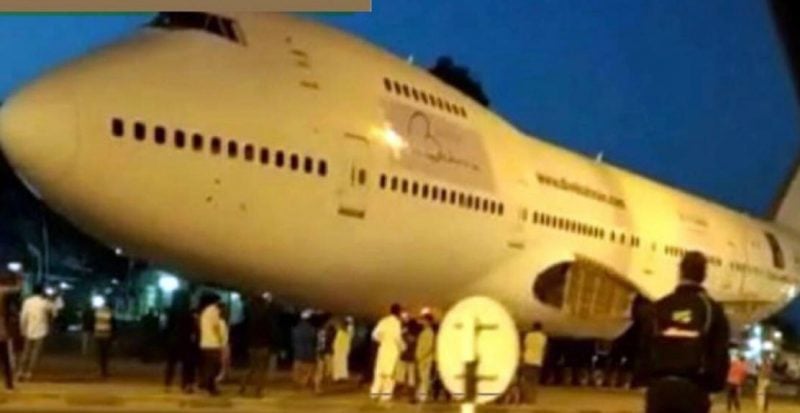 The Fujairah Police have debunked reports of a passenger plane making an emergency landing on the Fujairah corniche.

A statement issued by the Fujairah police on Monday night said that the ‘out of service’ plane was being transported from Fujairah International Airport to the sea port.

The clarification came after rumours began circulating on social media on Monday night about the Boeing 747 aircraft which was filmed while being transported by large trucks along the corniche.

Officials said the plane would be transported to Bahrain in the coming days and that it was placed at the Fujairah corniche with “the knowledge of the local authorities for commercial purposes”, official news agency WAM reported.

In Bahrain, the 70-metre long decommissioned plane will be used as the centrepiece of what is claimed to become “the world’s largest underwater theme park”.

Covering an area of over 100,000 square metres, will be launched in the “coming weeks”, officials recently announced.