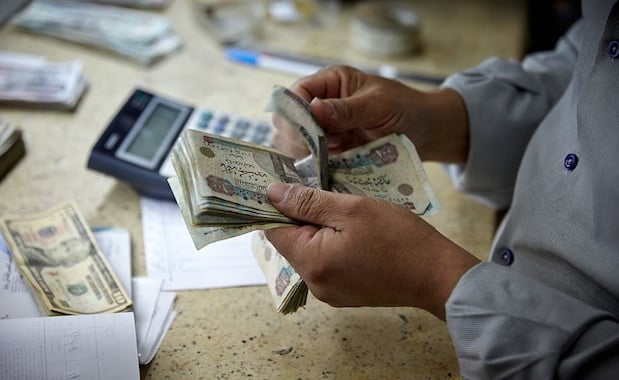 The UAE said it has offered Egypt’s Central Bank a $1bn deposit for a period of six years.

The financial support “comes within the framework of strategic co-operation and co-ordination between the two countries”, according to state news agency WAM.

It is said to represent “the UAE’s unwavering stand in support of Egypt and its people to promote the development process, as well as the recognition of Egypt’s central role in the region”.

Earlier this month, the International Monetary Fund (IMF) agreed in principle to provide Egypt with a $12bn three-year loan agreement to help the government engage in reforms and balance its budget.

The loan requires the country to agree to subsidy cuts, the introduction of value added tax and reduced bureaucracy for foreign investors.

The IMF has also called for exchange rate reforms, aimed at cutting inflation and addressing a shortage of foreign currency.

Dollar rationing since the 2011 uprising has hit trade and business in the country, with foreign reserves standing at about $15.5bn, enough for less than three months of imports, according to Reuters.

Central Bank governor Tarek Amer has said that the Egyptian pound will not be floated until foreign reserves reach $25bn.

Prior to the IMF agreement, the Egyptian cabinet approved plans to issue between $3bn and $5bn of Eurobonds.

Deputy finance minister for fiscal policies Ahmed Kojak told Reuters on Sunday that the issuance was expected at the end of September or early October with a yield between 5.5 and 6 per cent.