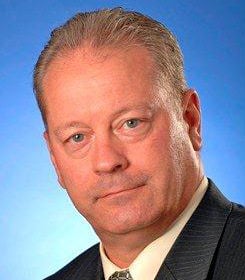 More than four-fifths of workers at the UAE’s first nuclear energy facility will be Emirati, according to a senior official.

“Right now we’re 82 per cent Emiratisation in our programme and we have goals to maintain that level throughout the life of this project,” George Vanderheydan, chief nuclear officer of Emirates Nuclear Energy Corporation (ENEC), told Gulf Business on the sidelines of this week’s New Nuclear International Conference (NNIC) in Abu Dhabi.

The first reactor at the Barakah facility, located 53km west of the city of Ruwais in Abu Dhabi emirate, is set to begin providing electricity to the grid in 2017, with three following units to be completed in 2018, 2019 and 2020.

So far the project has achieved a 23 per cent completion rate and the first two units are 35 per cent complete, ENEC CEO Mohammed Al Hammadi, announced earlier in the conference.

The unit boasts enhanced safety features and is more advanced than those at Japan’s stricken Fukushima nuclear plant, according to Vanderheydan. The facility has also been positioned in an area not prone to seismic events and will be fitted with portable diesel generators, batteries and lighting to avoid a similar incident.

“I think we’re going to be the first nuclear entity in the world, by the time we start up our first reactor, to have implemented all of the lessons learned from Fukushima,” he said.

The nuclear energy programme is part of the UAE’s efforts to diversify its electric grid and provide more efficient power with nuclear plants estimated to generate electricity at one-third the cost of traditional oil fired power plants.

The UAE’s energy demand is estimated to grow to 40,000 megawatts by 2020, at an annual growth rate of nine per cent, or three times the global average, according to UAE Energy Minister, H.E Suhail Al Mazrouei.

“In the UAE we are among the world’s largest consumers of electricity per capita, a fact that is not a surprise in a country where electricity is essential for even the most basic necessities such as drinking water or cooling our houses, but still the rate is high,” he said.