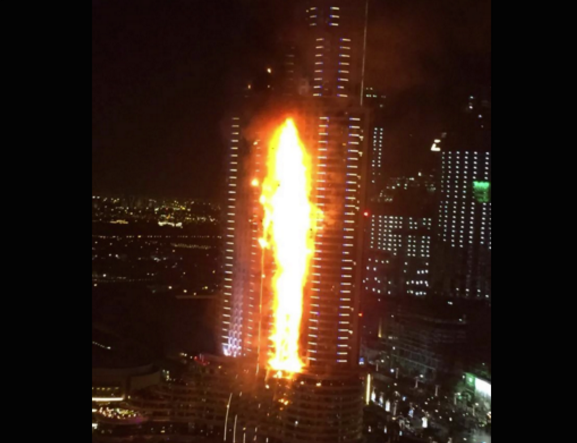 Essam Al Humaidan has called on United Arab Emirates internet users to “refrain from spreading rumours, defaming others or violating other people’s freedom so that they do not breach any laws” as two unidentified men are released from custody for posting selfies in front of The Address Downtown blaze.

The public prosecution has closed the case since no evidence of criminal intent was established, according to state news agency WAM.

Another couple’s Instagram selfie before the burning building was branded the ‘most inappropriate selfie ever’ and provoked a barrage of criticism from fellow social media users and international media.

A fire engulfed the 63-storey The Address Downtown luxury hotel and residential tower on New Year’s Eve before a fireworks display at the nearby Burj Khalifa. The fire continued as the world’s tallest building erupted in fireworks to celebrate the new year.

Authorities are still investigating the cause and the hotel is closed indefinitely.

Under the UAE’s cybercrime laws, people can be arrested, imprisoned and deported for taking photographs without the consent of those shown.

Emaar says Address hotel fire will not have a ‘material impact’