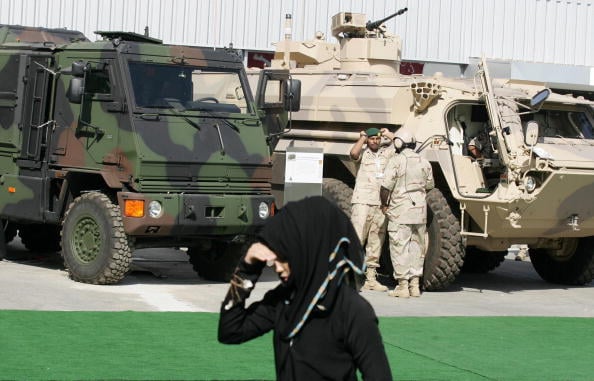 The Middle East’s largest arms expo ended on Thursday with the United Arab Emirates (UAE) announcing it had spent a record amount at the event, signalling continued spending on defence in a region where security is of rising concern.

At Dhs18.33 billion ($5 billion), the total for deals signed with local and international companies by the Gulf Arab state was the highest at the International Defence Exhibition and Conference (IDEX) since the event began in the early 1990s.

This spending comes despite a declining oil price putting pressure on government spending across the Gulf region and reflects regional political instability, particularly in Iraq and Syria. The UAE is one of the nations undertaking bombing runs against Islamic State targets.

“It is according to the requirements of the armed forces, which is increasing,” Obeid al-Ketbi, chairman of the organising committee for the IDEX event in Abu Dhabi, told reporters, adding the quality of the requirements was also different to previous shows.

One of the last to be announced at the biennial event was a Dhs2.27 billion deal with Boeing for the purchase of two C-17 military transport planes.

Other contracts announced during the week-long event were a Dhs3.75 billion deal with Airbus and Thales to purchase two satellites and their land control stations, and a Dhs732 million contract with AgustaWestland to buy nine AW139 helicopters.

The event witnessed around 1,200 companies from 55 countries showcase their military wares.