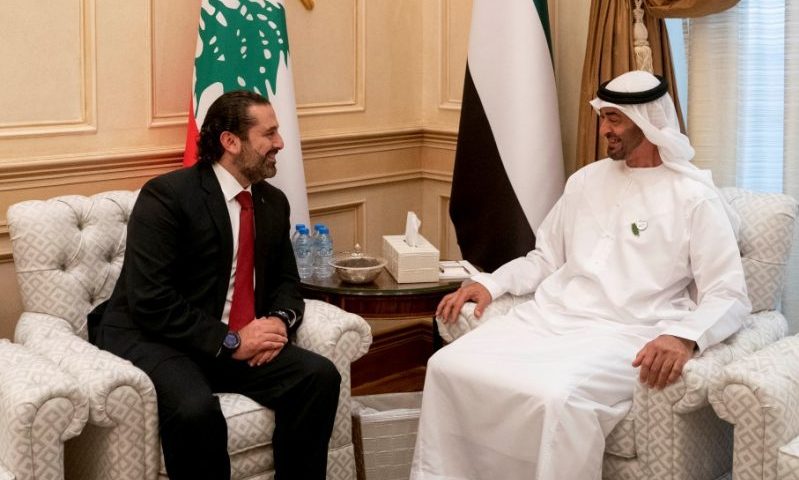 The UAE has lifted a ban on travel by Emiratis to Lebanon.

From today (Tuesday, October 8), Emiratis can again travel to Lebanon.

The lifting of the ban coincides with a visit by Lebanese prime minister Saad Hariri. Hariri was in Abu Dhabi meeting with Sheikh Mohamed bin Zayed Al Nahyan, Crown Prince of Abu Dhabi and Deputy Supreme Commander of the UAE Armed Forces.

Emiratis had been banned from visiting Lebanon since the start of the civil war in neighbouring Syria, amid fears the violence could spill-over.

Lebanon’s government is scrambling to implement reforms needed to unlock billions in international aid to revive the stagnant economy.

Compounding weaker growth of bank deposits — a key source for government funding — is a current-account deficit that the International Monetary Fund expects to reach almost 30 per cent of gross domestic product by the end of this year.

Last month Hariri went to Saudi capital Riyadh to seek funding, and Saudi finance minister Mohammed Al-Jadaan said his country was in talks with the Lebanese government about financial support.

Lebanese finance minister Ali Hasan Khalil also said in September that Lebanon is in talks with “friendly countries” about them investing in a planned bond issuance.

“All options are open. All these things could help us, whether subscribing to bonds or deposits at the central bank’s account to boost foreign currency reserves,” Khalil said.