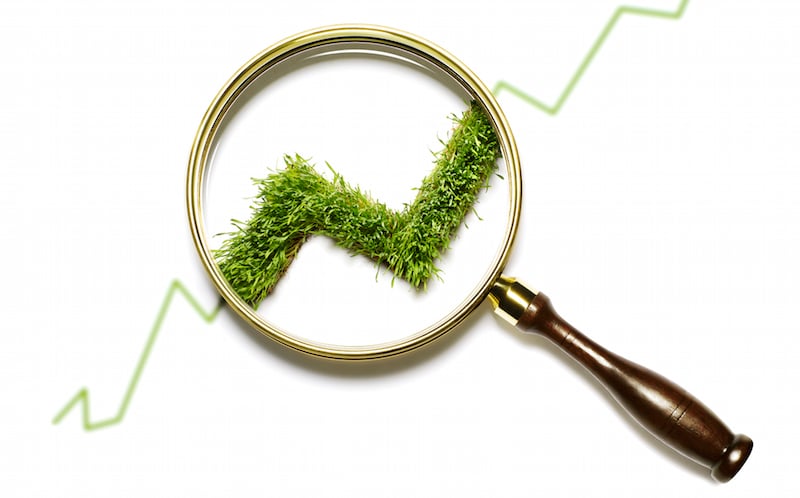 In 2015, 195 countries signed the historic Paris agreement to combat climate change and implement the actions and investments required for a sustainable future. With climate change now top agenda for the global economy, investors are looking to diversify their portfolios and integrate climate change risk into decision-making.

The oil rich countries of the GCC are starting to go green and have committed to diversify their economies away from fossil fuels. While a key driver of the diversification effort is to reduce vulnerability to falling oil prices, GCC nations also strive to respond to growing demand for action on climate change.

The UAE has led green efforts in the region. In Abu Dhabi, the 2030 economic strategy considers ways to reduce the emirate’s oil dependency and achieve a 65 per cent contribution to GDP from non-oil sectors. Dubai’s 2050 integrated clean energy strategy plans to increase clean energy to become 75 per cent of its total generation mix by 2050.

Additionally, GCC governments are laying the groundwork for a green finance sector to support sustainability targets. In October 2018, legislation came into force in the UAE that provides a framework for federal sovereign bond and sukuk issuance. This can also be used to facilitate development of its primary and secondary green financial markets. Among the most promising effort is the desire and commitment of the Dubai government to become a hub for green finance in the region.

The GCC’s green bond market is still in its infancy despite growth around the world over the last five years, with climate finance in the region consisting of a small number of large projects financed by loans or concessional loans from banks, governments, multilaterals, and climate funds such as the Green Climate Fund.

The first and only green bond we have seen in the region was issued in March 2017 by the National Bank of Abu Dhabi (now First Abu Dhabi Bank, after its merger with First Gulf Bank) for a total of $587m. In addition, Abu Dhabi’s Masdar raised $75m via a green revolving credit facility (RCF) to fund its sustainability projects. There have been no green sukuk yet from issuers in the GCC.

Green sukuk has the potential to further broaden the Islamic financial market and close the gap between the conventional and Islamic financial world. This could allow GCC issuers to access a wider pool of capital, which is necessary for the green sukuk market to develop.

Green sukuk could attract conventional investors by providing a high degree of certainty about the allocation of the proceeds and by filling the fixed-income supply gap for green investors. Sharia-compliant financing of environmental projects could also diversify the investor base in the green financial market.

Given the number of renewable projects in the pipeline and the region’s concentration in the real estate market, development of a GCC project bond market is required. Historically, local and international banks active in the region have been very accommodative of large transactions, offering very attractive pricing levels and terms. The vanilla bond markets also played a relatively minor role, though this has been gradually changing in recent years.

Looking at the size of recently announced projects, we believe capital markets may play a more important role in funding some of these projects in the near future, which could provide further support for the growth of the green bond markets.

For example, once some of the green projects become operational, the refinancing stage of some may present an opportunity for the capital markets in general and green bonds more specifically. An example of a project finance transaction in the region that was refinanced by the bond markets is the $2.3bn Ruwais Power Co. PJSC refinancing in 2013, where $825m of existing debt was refinanced via a project bond –the first project bond offering by an independent power and water project in the Middle East.

Despite advances to promote sustainability in capital markets, the region’s green finance sector is still in its early stages and lacks cross-border financing. S&P Global Ratings believes that a combination of green and vanilla sukuk as well as conventional green bonds could provide the substantial funding support that is required for the realisation of the region’s sustainability targets.