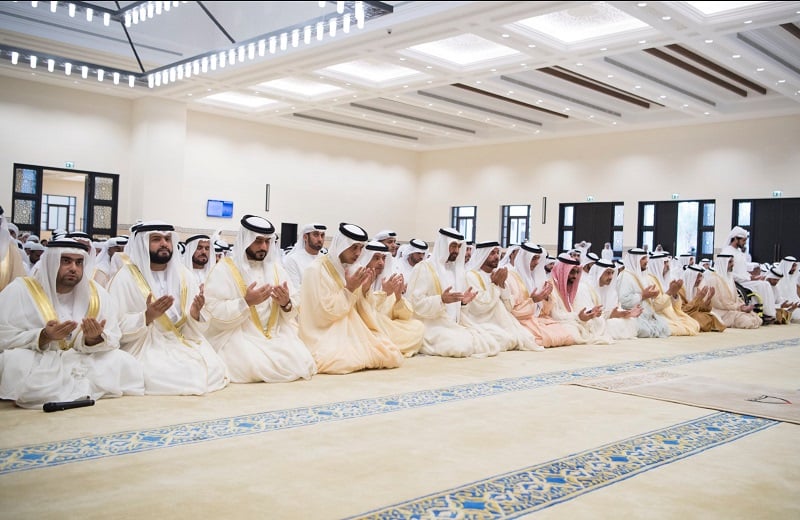 UAE leaders performed Eid Al Adha prayers on Tuesday morning along with Muslims across the world.

Sheikh Khalifa expressed his well-wishes to the leaders and their people wishing them further health, progress and prosperity.

Eid also marks the completion of the annual Hajj pilgrimage.