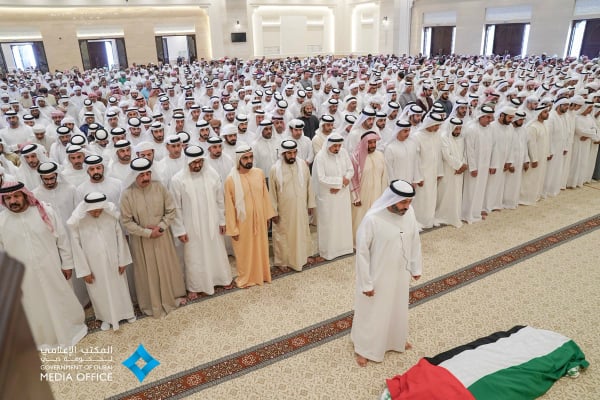 During this time UAE flags will be flown at half-mast.

Leaders from across the country and wider Middle East expressed their condolences to UAE President Sheikh Khalifa bin Zayed Al Nahyan in tweets and messages published throughout the day.

My deep condolences to UAE President Sheikh Khalifa bin Zayed Al Nahyan, and all the people of the UAE, on our loss of his mother Her Highness Sheikha Hessa bint Mohammed Al Nahyan. May she rest in peace.