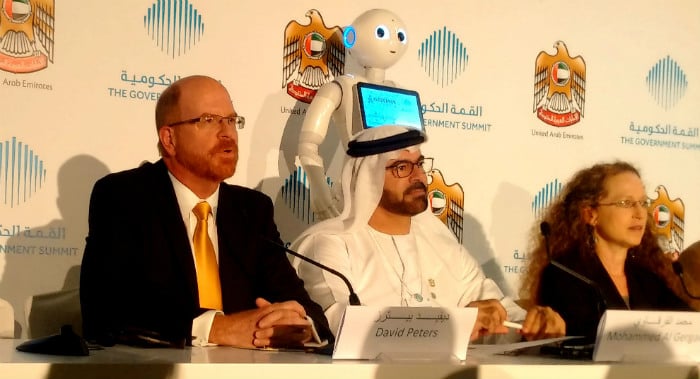 The UAE has launched a new ‘Robots for Good’ Award with the international competition offering prize money of $1 million and the national one giving away Dhs1 million, it was announced at the Government Summit on Tuesday.

The award aims to motivate the use of robots in three main areas including education, healthcare and social services, said Minister of Cabinet Affairs Mohammed Al Gergawi.

To be held annually, the award’s main objective is to foster innovation and encourage further development in the field of artificial intelligence, he added.

The award is open to students, individuals and institutions, and the winner is expected to be announced during the Government Summit next year.

A committee has been formed to look into the judging of the award, and it will also reveal regulations regarding the use of robotics.

A website outlining all the details will go live next week, and Gergawi said he is confident that the winning entries will be supported by further investment.

The award follows a similar Drones for Good award launched during the Government Summit last year, which awarded the same prize amounts of $1 million and Dhs1 million respectively to international and national winners.

The contest, whose winners were announced last week, received more than 800 entries from 57 countries.