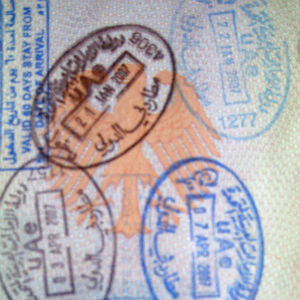 The service can be accessed through the “Fawri” portal on the ministry’s website, it was announced.

The service is available to GCC expats who belong to any of the following categories: businessmen, investors, partners, company managers, accountants, auditors, doctors, engineers, lawyers and legal advisers.

Family members and individuals sponsored by these individuals can also receive visas online.

It is also open to public sector workers other than workers and labourers, the report said.

The move aims to expedite passenger movement at the various ports and streamline the visa issuance procedure for passengers before arriving in the country, officials said.

Assistant undersecretary for Naturalisation, Residency and Ports at MOI Major General Khalifa Hareb Al Khaili noted that additional smart solutions would be rolled out in the future.

“Launching the online visa issuance service for GCC residents and their escorts is a paradigm shift in upgrading efficiency within an integrated strategy towards smart transformation of services and ensuring their availability through the Ministry of Interior’s website and smartphones,” he said.

“This approach is in line with the vision of the government aimed at upgrading services provided to the public and empowering the concept of fast, high-quality services.”

The UAE currently allows visa-free travel for nationals from 46 countries worldwide, including the US, the UK, Australia and Japan.

Early in 2014, the UAE Ministry of Foreign Affairs also announced that all European Union citizens will receive visas on arrival in the UAE, including citizens from 13 EU member states who earlier required pre-entry visas.

The move followed the cancellation of the EU Schengen visa for Emiratis, which took effect in May.