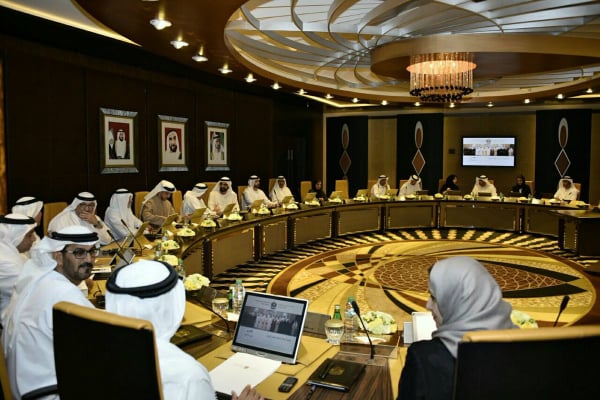 The UAE’s Cabinet has launched the 2071 Centennial project to make the country the best in the world 100 years after its founding.

The plan was revealed by is Highness Sheikh Mohammed Bin Rashid Al Maktoum, Vice-President and Prime Minister of the UAE and Ruler of Dubai, in a series of tweets.

He said it aims to see future generations “live a happier and better lives, in a better environment, with bigger opportunities and stronger communication with the world”.

The 2071 objectives centre on education, economy, government development and community cohesion.
They include establishing the government of the UAE as the best in the world “with a long-term vision and inspirational leadership that anticipates”, according to Dubai Media Office.

Among the others are to achieve happiness in society through spreading positive messages, the development of mechanisms to monitor long-term variables, establishing youth Advisory Councils to consider the perspectives of young citizens and the establishment of a government mechanism to oversee the progress of the 2071 plan.

“A consultative youth council will be set up in all sectors to glean their opinions. A national strategy will also be developed to boost the country’s reputation and its soft power,” Sheikh Mohammed added.

“Future generations will need foundations and pre-set tools that we introduce today, there needs to be an environment for growth, and this is something that we should think about from now.”

There will also be a particular focus on education in areas including science and technology, space science, engineering, innovation and health sciences with a focus on cultural openness through teaching students about the history, culture, civilisations and languages of other cultures such a Japan, China and Korea.

Educational institutions will also be called on to discover student talent early and evolve into international research centres that will see them ranked among the world’s best universities.

On the economic front, the plan aims for diversification, productivity and the supporting of national companies to become competitive on the global stage with a focus on R&D in promising sectors. The country will also seek to nurture Emirati inventors and scientists through an incentives programme

“The objective is to establish an economy based on innovation, leadership and advanced industries, developing a national economic and industrial strategy that envisions future sectors and places the UAE among the world’s major economies,” according to Dubai Media Office.

While on a community level the plan aims to establish a a secure, tolerant, cohesive and ethical society that embraces happiness and a positive lifestyle and provides a high quality of life.

This includes a focus on health and sports, humility, promoting female participation and serving the nation through student training programmes with the goal of making future generations ambassadors and role models.