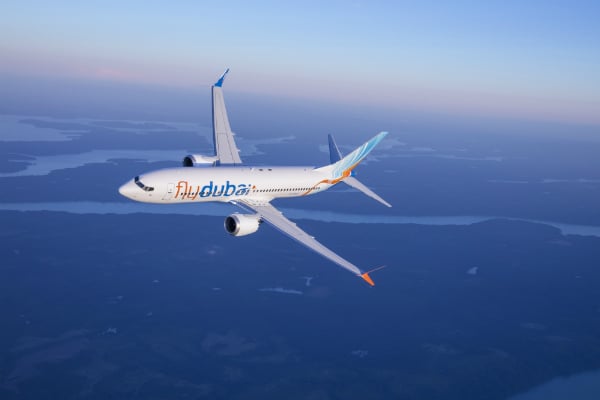 The UAE’s General Civil Aviation Authority (GCAA) has banned the operation of all Boeing 737 MAX models in UAE airspace as a precautionary measure, official news agency WAM reported on Tuesday.

The ban follows the crash of Ethiopian Airways flight ET 302 on Sunday, which killed all 157 people on board. It takes effect from one minute past midnight on Wednesday, March 13.

The decision has been “issued to ensure the safety of the UAE civil aviation industry and the public of the UAE”, the GCAA said.

It also instructed airlines en route to request special permission to fly out of the UAE.

GCAA will “continue monitoring and re-assessing the situation as more information is obtained about the accident,” it added.

Flydubai, the only UAE airline operating the Boeing 737 MAX, confirmed that it had grounded its fleet of 11 MAX 8 and two MAX 9 aircraft following the GCAA announcement.

“Flydubai is adjusting its schedule to minimise disruption to passengers and will operate flights with its fleet of next-generation Boeing 737-800 aircraft,” a spokesperson said.

“Where there are flight cancellations flydubai will contact passengers directly.”

The spokesperson added: “Flydubai continues to be in touch with the manufacturer and regulator.”

The authority said that “the operation of Boeing 737 MAX 8 aircrafts has been suspended for all flights including overflights until further notice.”

Oman’s public authority for civil aviation also said in a tweet that it is “temporarily suspending operations of Boeing 737 MAX aircraft into and out of all Omani airports until further notice”.

The Ethiopian Airlines crash this week is the second such fatal incident involving a Boeing 737 Max 8 in six months. In October, a Lion Air jet crashed into the sea shortly after take-off, killing all the 189 people on board.

Several countries across the world have now grounded the MAX aircraft including the EU, South Korea, Australia, Singapore, China, Oman and Indonesia.

In a statement, manufacturer Boeing said it has “full confidence in the safety of the 737 MAX”.

“We understand that regulatory agencies and customers have made decisions that they believe are most appropriate for their home markets. We’ll continue to engage with them to ensure they have the information needed to have confidence in operating their fleets,” the company said.

“The United States Federal Aviation Administration is not mandating any further action at this time, and based on the information currently available, we do not have any basis to issue new guidance to operators,” it added.